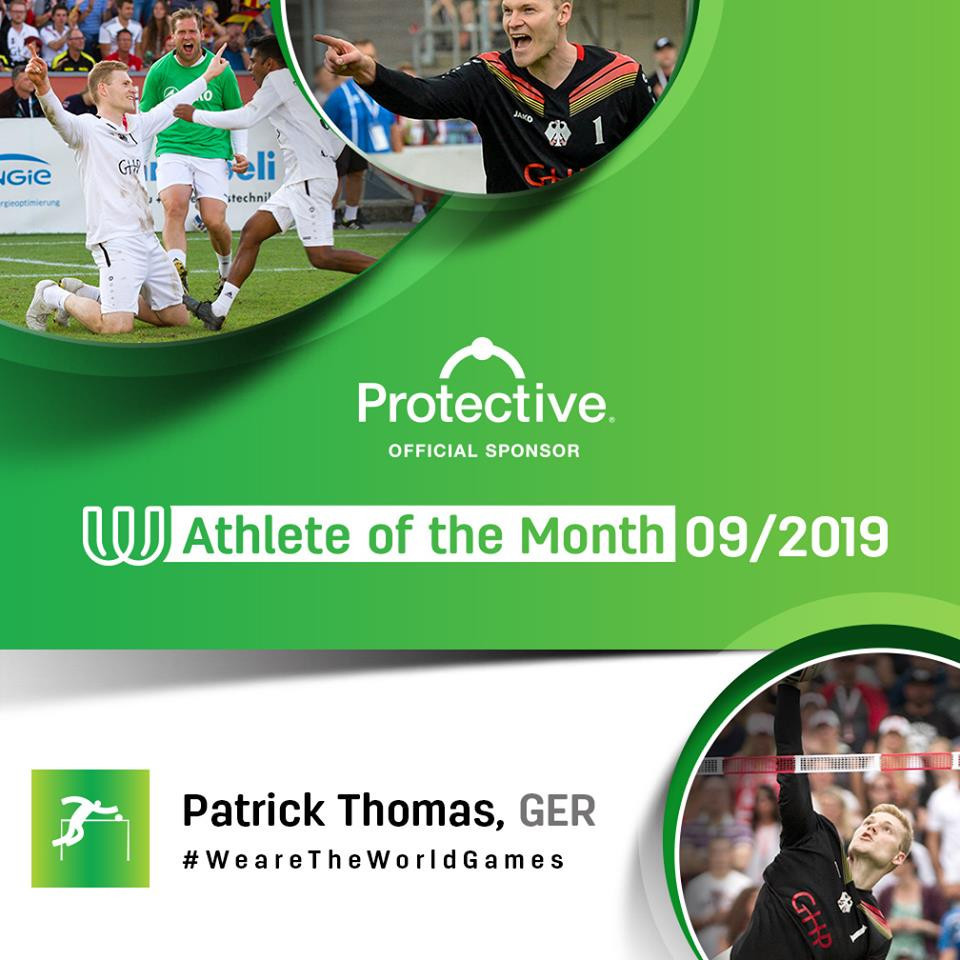 German fistballer Patrick Thomas has been named as The World Games athlete of the month for September.

The 27-year-old has been honoured after winning the World Tour Final in Salzburg with his club side TSV Pfungstadt.

He has now won every major prize in the sport, including three World Championships with Germany.

The last of these successes came in Winterthur in Switzerland in August.

Other honours include two World Games gold medals from 2013 and 2017.

At the 2017 edition in Polish city Wrocław, he suffered a serious shoulder injury following a collision with a team mate in the opening game and was unsure if he would return to the sport.

But he came back after 11 months, with other career highlights including three European titles with Germany.

"Patrick Thomas is a superstar within the fistball family," The International World Games Association said.

"This year he won the German Championship indoor and outdoor, the European Champions Cup and the World Tour Final with his club Team TSV Pfungstadt.

"With the German national team, he won the World Championships for the third consecutive time.

"At the age of 27, he has now won every title you can win in the sport of fistball.

"More than deservedly, he is our Athlete of September 2019."

The World Games takes place every four years and features sports not on the Olympic programme.

The next edition in 2021 will be held in the United States, in Birmingham in Alabama.