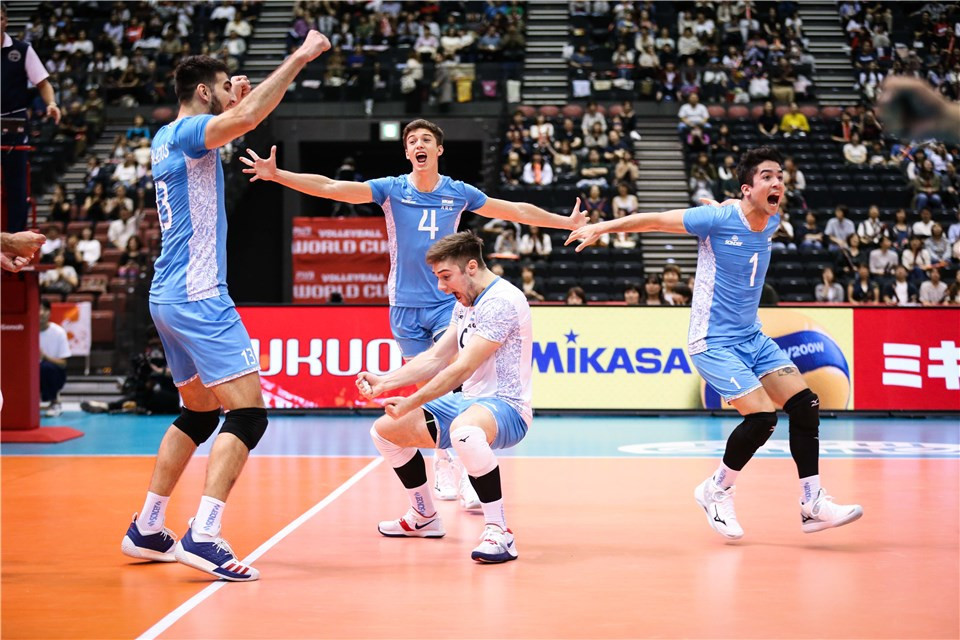 Defending champions United States were beaten by Argentina in a five-set thriller on the opening day of the International Volleyball Federation Men's World Cup in Japan.

The South Americans shocked the world number two side by going two sets up at Marine Messe Fukuoka.

It looked like they had lost their chance when the US, aiming for a third World Cup title in all, stole the momentum by drawing level.

Argentina, ranked seventh in the world, showed great mental strength to battle back, however, and snatched victory at the last.

"We played really good volleyball today, especially in the first two sets where we dominated in some of the stats," Ramos said.

"Our attack was very good in the first set.

"In the third and fourth sets USA improved and made it difficult for us to defend, but in the tie-break we just played our best volleyball."

Back-to-back world champions Poland, who have never won the World Cup, also started with victory in Fukuoka by beating Tunisia 25-16, 25-23, 25-12.

All 12 teams competing are due to play each other in one round-robin group with the table toppers winning the tournament.

The second matches are tomorrow at the Fukuoka and Nagano venues, with the clash between the US and Italy the stand-out game as both look to recover from day one defeats.

China won the Women's World Cup with a 100 per cent record last week.