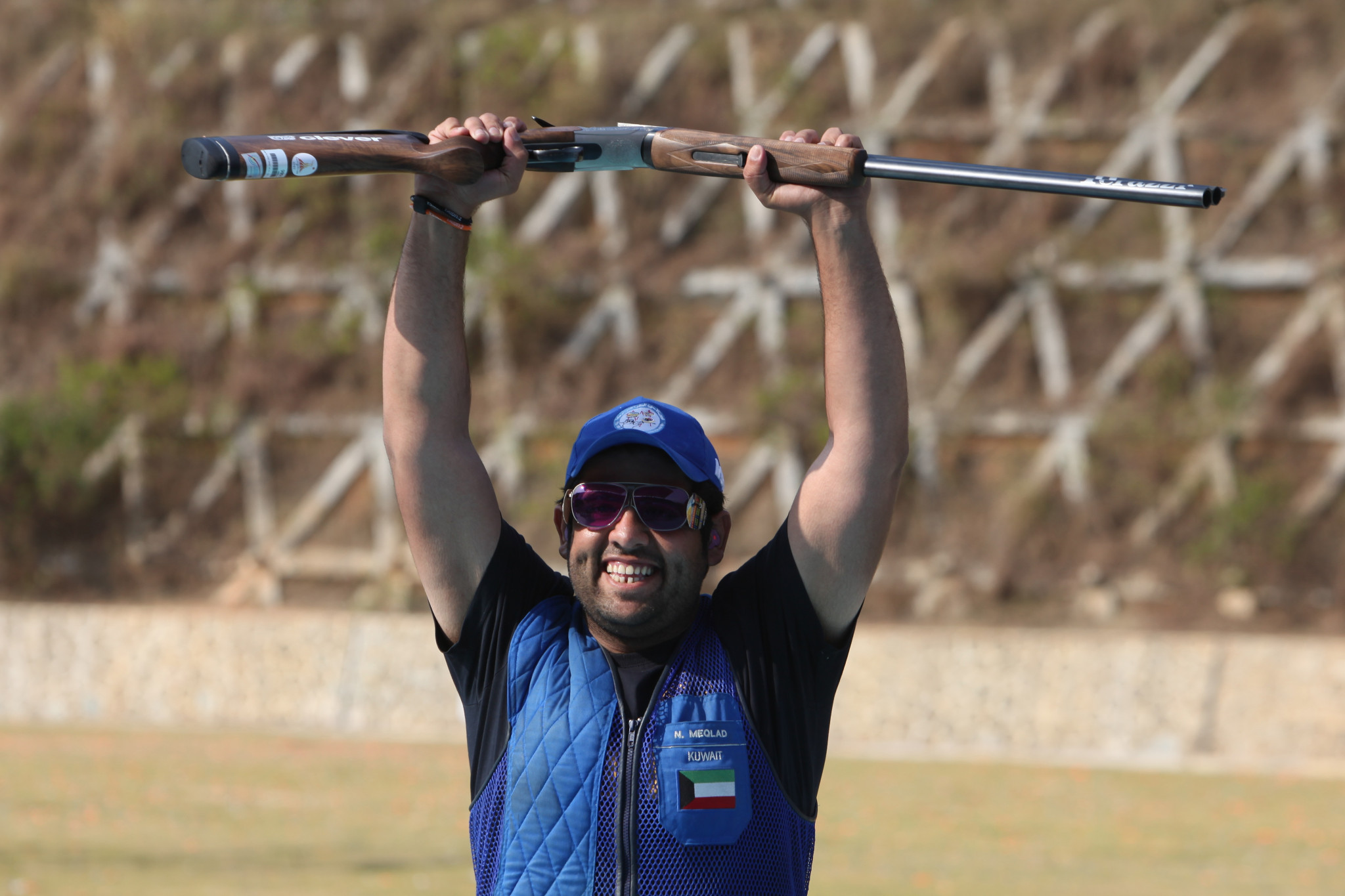 That was enough for victory in front of Kuwait's Naser Meqlad, Abdulrahman Al Faihan and Khlaed Almudhaf, who managed 346 points for silver.

The bronze medal went to the Chinese team of Weidong He, Haicheng Yu and Jie Liu on 343 points.

Meqlad went one better in the men's individual trap as he fired a score of 48 in the six-man final to clinch gold.

This matched the current world record.

In the women's individual trap, Sarah Alhawal scored 45 in the final to take the gold medal for Kuwait.

There was home silver for Kazakhstan as Anastassiya Davydova registered 43 with Yingzi Liu of China on 28 for bronze.

The Championships are due to conclude with the mixed team trap tomorrow.