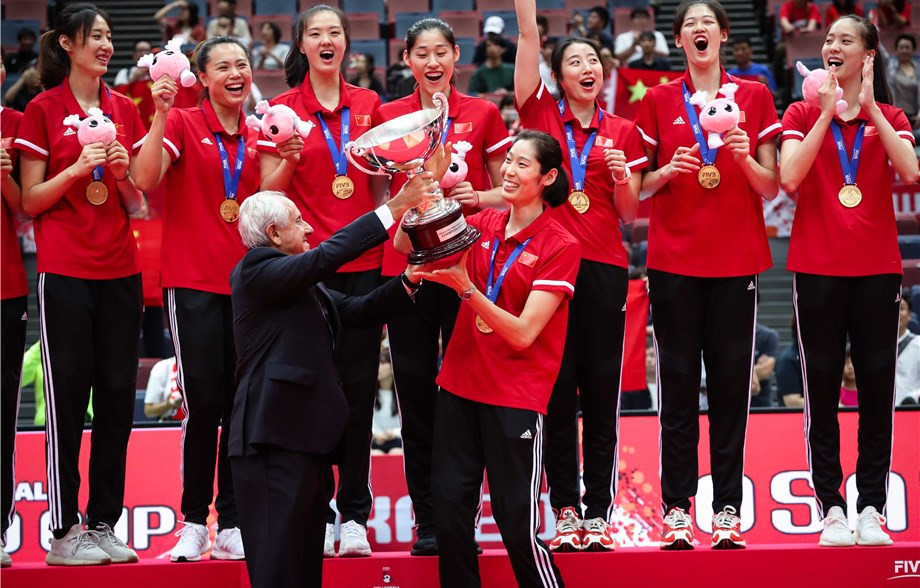 China beat Argentina in straight sets to complete their International Volleyball Federation Women's World Cup campaign with a perfect record of 11 wins from 11.

The reigning Olympic gold medallists and defending World Cup champions were crowned as five-time winners of the tournament yesterday but still wanted to end on a positive note in Japan.

Xiangyu Gong led the scoring charts for the champions with 15 points as Xinyue Yuan added 13.

Chinese head coach Lang Peng has good memories of Osaka after winning the World Cup as a player in the city in 1981.

"I think Osaka is a lucky place for me," she said, as her side completed their campaign for the loss of just three sets.

"Our team members are similar in age, and they are always together, together for six months practicing and living together.

"When someone becomes sick other members care for them.

"In daily life, spending time together, this family-like atmosphere is generated.

"Today's match was the final match of the competition, and also the last of the year, so now that it's done, I'm very, very relieved."

The Dutch ended eighth on five wins and six defeats with Serbia ninth, on four wins and seven defeats, and Argentina 10th on two wins and nine defeats.

It meant Kenya finished 11th with one victory, with Cameroon last.

The men's World Cup is now due to start in Japan on Tuesday (October 1).