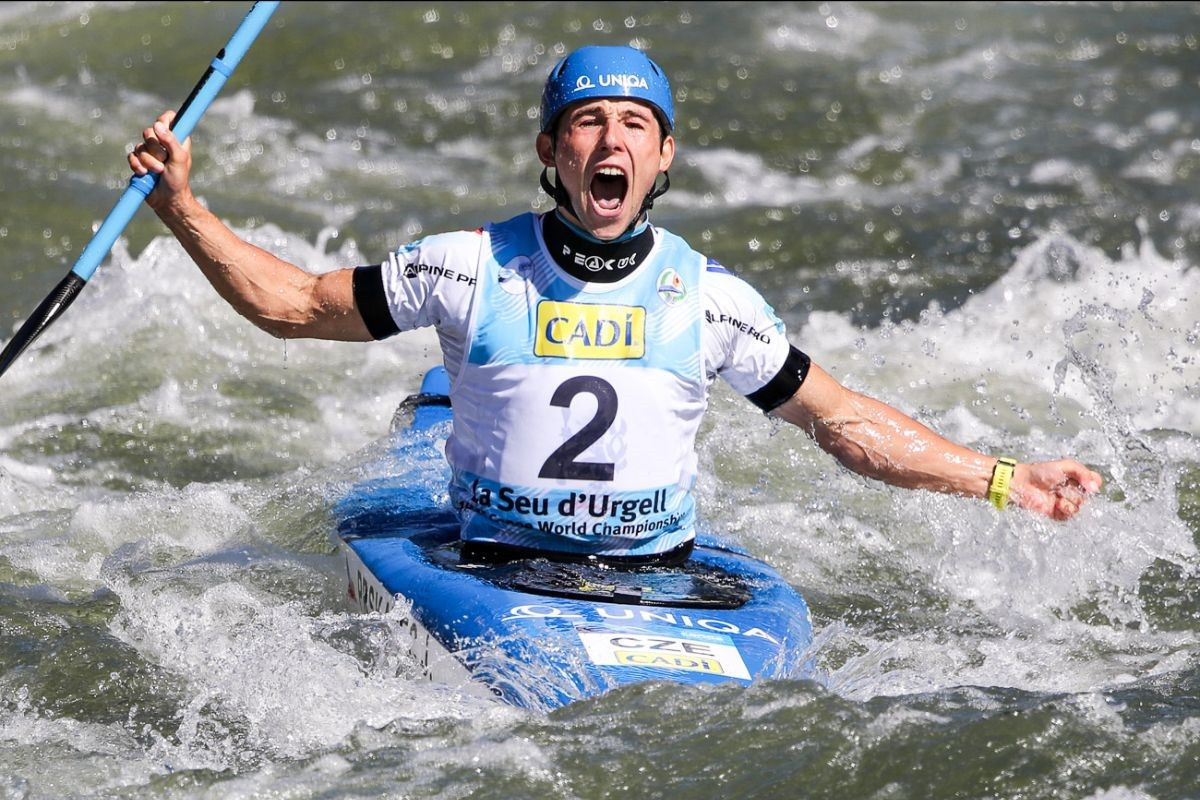 Czech Republic's Jiří Prskavec secured his second world K1 title in a race where reigning Olympic champion Joe Clarke failed to secure a place on the British team for Tokyo 2020 at the Canoe Slalom World Championships in Spain.

Prskavec clinched his first individual gold medal at the World Championships since 2015 by completing the La Seu d'Urgell course in 84.26sec.

The 26-year-old, an Olympic bronze medallist at Rio 2016, produced an error-free run to top the podium in front of Spain's David Llorente.

Llorente amassed two penalties on his way to finishing in 85.96, while Spanish team mate Joan Crespo's 87.22 was enough for bronze.

Bradley Forbes-Cryans ended just outside of the medals as he took fourth place, a result which saw him earn a spot on the British team for next year's Olympic Games ahead of Rio 2016 gold medallist Clarke.

Herzog clocked 100.52 with no penalties to beat Fox, who was again forced to settle for the silver medal in 101.46.

Fox had started the World Championships in ominous fashion by winning the C1 team gold medal alongside her sister Noemie and Rosalyn Lawrence but failed to defend either of her individual titles in the Spanish town.

Austria’s Nadine Weratschnig was third in 106.45.

"I still feel really nervous, because I can’t believe that I can be a world champion and catch that Olympic spot," Herzog said.

"I always knew that I could win a medal, but I didn’t think it could be a gold medal. I think I will need some days to understand what happened here.

"This has been a tough year for me, but I thought it would have to be a medal here.

"I just kept reminding myself that it was my turn, and that if I paddled well it could be enough for an Olympic spot."