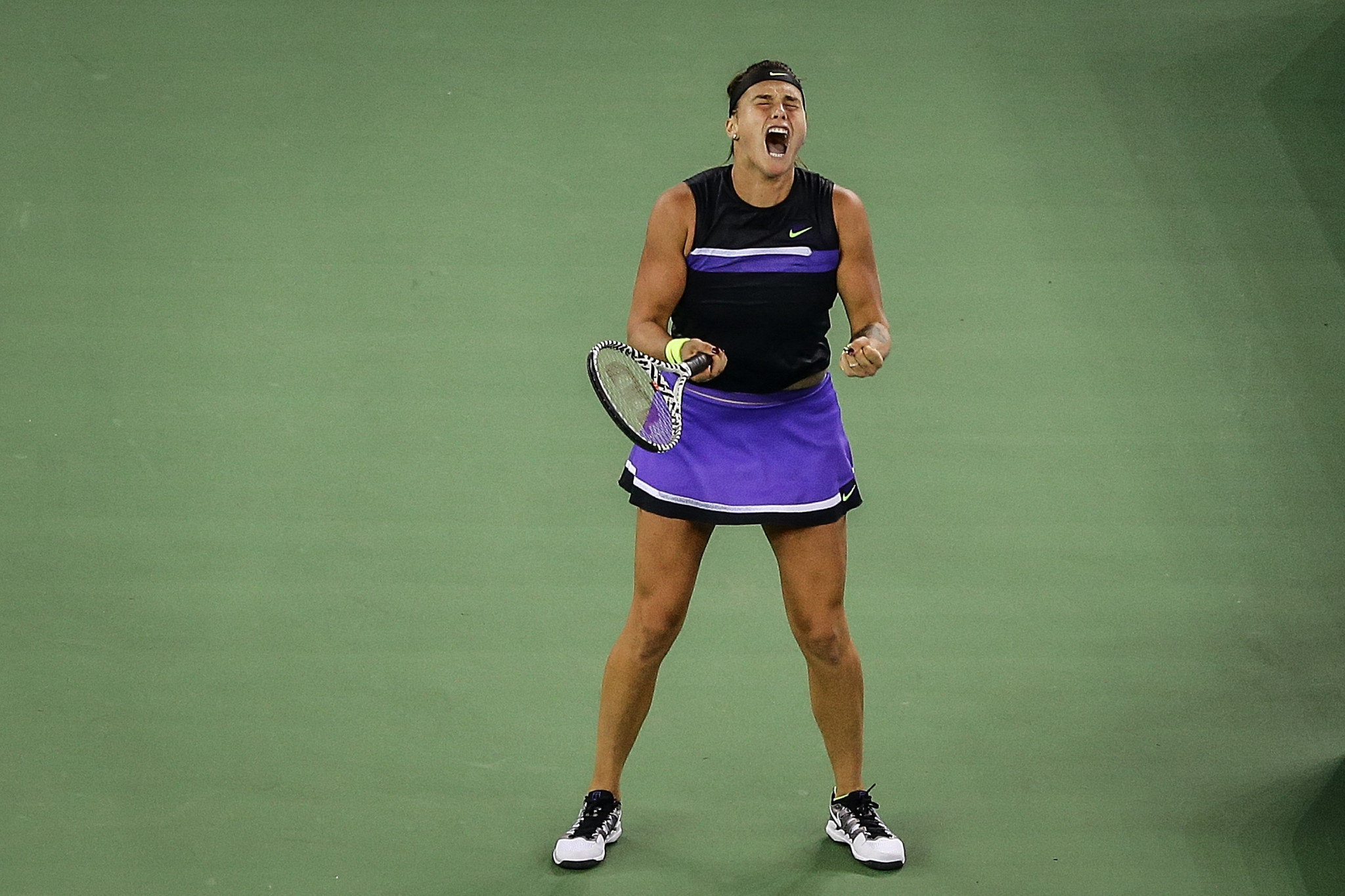 Aryna Sabalenka is one win away from back-to-back Wuhan Open victories after beating world number one Ashleigh Barty to reach the final.

Sabalenka, seeded ninth in China, eliminated the Australian in straight sets, 7-5, 6-4 in the this Women's Tour Assoication Premier 5 event.

The Belorussian broke Barty at 6-5 to serve for the first set, and though the top seed saved a number of set points, she was unable to deny her opponent.

Barty led 3-2 in the second set but then needed a lengthy medical time-out, which killed her momentum.

Sabalenka won four of the next five games and progresses to face the United States' Alison Riske in the final tomorrow.

The American world number 35 won in two hours and five minutes, having saved four set points in the second set.

There was little between the two hard-hitting players in the first set as the swapped a break each before Kvitová handed Riske a set point on her own serve at 5-6 with a tame volley into the net, which she pounced upon.

Kvitová upped her game in the second set, pounding down nine aces and hitting 40 winners, however, she also made 45 unforced errors to Riske's 21.

Riske's level-headed play carried her through and she will be eyeing another potential upset tomorrow.