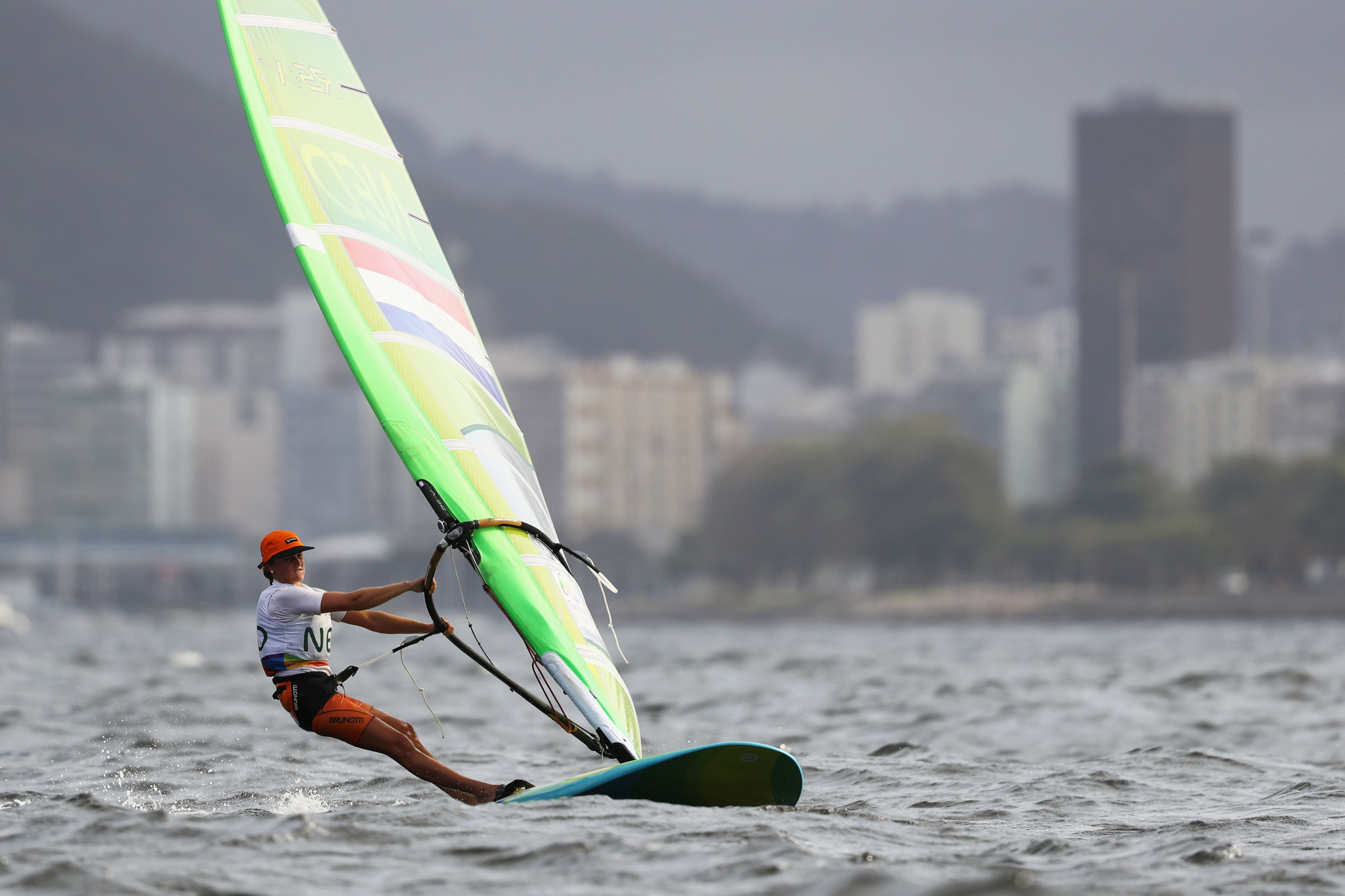 Defending champion Lilian de Geus of The Netherlands maintained her overall lead despite tricky conditions at the RS:X World Championships in Italy.

De Geus held on to top spot with a 20th place finish in the only women's race possible on a weather-affected day in Torbole.

The Dutch sailor is two points in front of Italian Giorgia Speciale, who finished fourth to propel herself into second place.

Katy Spychakov of Israel defied the lack of wind to end the day's race in second.

The women's gold medal fleet did not get underway until the evening following a lack of wind throughout the day.

In the men's event, which started much earlier, another Dutch sailor, Kiran Badloe, took the lead after he recorded results of second and first, as well as a discarded 34th.

Badloe is in pole position on 21 points, two ahead of nearest challenger Pierre le Coq of France.

Le Coq, the Olympic bronze medallist at Rio 2016, discarded an 11th but ended with third and sixth-place finishes to keep pace with the leader.