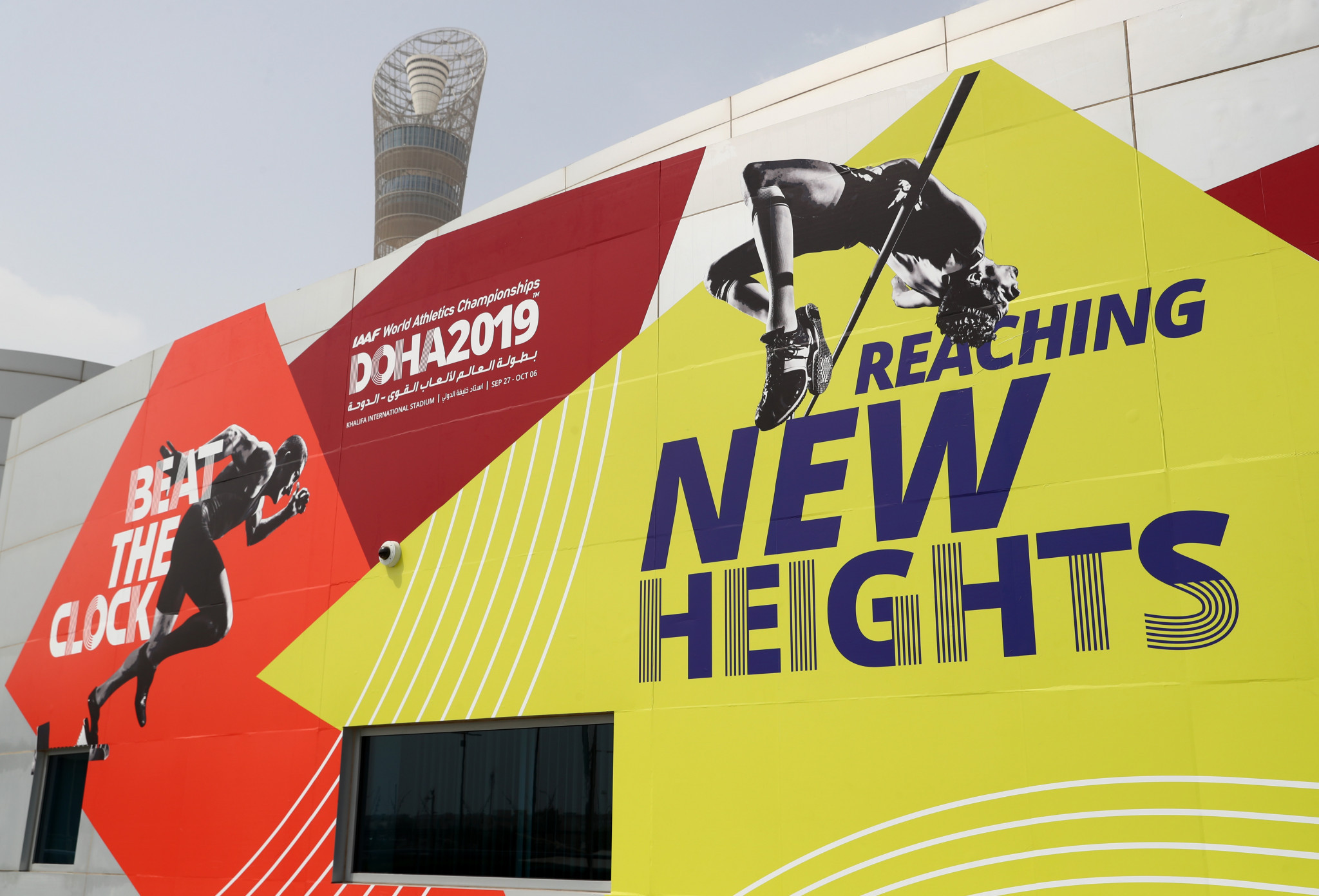 Had it not already been taken, the International Association of Athletics Federation World Championships that start here tomorrow could have used the phrase associated with the Sochi 2014 Winter Games: "Hot. Cool. Yours".

In Doha it is hot - temperatures rising into the high 30C’s.

In the air-conditioned Khalifa International Stadium where the bulk of the action will take place it is cool.

And the offerings for athletics followers until the Championships end on October 6 will be varied and compelling.

When the action here is over, it may be that these Championships will be remembered as the ones where Sifan Hassan of The Netherlands made her golden global breakthrough outdoors, after a season in which she has already broken a women’s mile record that had stood for almost 23 years.

The 26-year-old Ethiopian-born Dutch runner, who left her native country age 15 as a refugee, already has world bronze medals at both distances - a 1500m version from Beijing 2015 and a 5,000m version from the London 2017 championships.

While one of Hassan’s main expected rivals, Ethiopia’s world record holder Genzebe Dibaba, has dropped out of Doha with a foot injury, the 5,000m retains a formidable challenge in the form of Kenya’s defending champion and Rio 2016 silver medallist Hellen Obiri.

Ethiopia, traditionally strong, will be represented by a strong quartet headed by Letesenbet Gidey, while European hopes will be resting with Germany’s leggy Konstanze Klosterhalfen, fourth in this year’s world list with the time of 14min 26.76sec.

The 1500m event will contain Britain’s formidable competitor Laura Muir, the Eruopean champion, but it remains to be seen how she has recovered from a calf injury.

Faith Kipyegon could step up to retain her title after taking a year out of the sport in 2018 to give birth to daughter Alyn.

The Kenyan, who is also the Olympic champion, made a triumphant return to the track with victory at the IAAF Diamond League meeting in Stanford in June but picked up an adductor injury.

The men’s 400m hurdles promises to be a memorable contest, featuring home athlete Abderrahman Samba, who ran what was the second fastest time ever last season, 46.98, just 0.20 seconds off the world record run by Kevin Young as he won the 1992 Olympic title.

Samba beat Norway’s world champion Karsten Warholm every time they met last season, but at the IAAF Diamond League final this month Warholm won in 46.92, with Rai Benjamin of the United States following him home in 46.98.

Home eyes will also be fixed on the mercurial Mutaz Essa Barshim, second on the all-time high jump list with a best of 2.43 metres, who will seek to defend his title after making a full recovery from a serious ankle injury.

Having negotiated himself back into the running following the threat of suspension for missing three doping test dates, Christian Coleman of the United States is favourite to add an outdoor global gold to the indoor version he won in Birmingham last year as he lines up in a men’s 100m.

Coleman heads this year’s world lists with 9.81, with the second fastest - Noah Lyles, on 9.86 - concentrating on the 200m, at which distance he has been IAAF Diamond League champion for the last three years.

Among Coleman’s challengers will be Nigeria’s Divine Oduduru, who has also run 9.86 on the US college circuit, and the defending champion, fellow American Justin Gatlin, who at 37 has run 9.87 this year.

Lyles, 22, is another athlete for whom these Championships could offer a golden start at global level, although he will have to be properly sharp to hold off the challenge of Turkey’s defending champion Ramil Guliyev and the relatively unknown but highly talented figure of Oduduru.

The women’s 100m contains two Olympic champions from Jamaica in 32-year-old Shelly-Ann Fraser-Pryce, the 2008 and 2012 gold medallist, and Elaine Thompson, the current 100 and 200m champion.

But these two will be seriously challenged by Britain’s European 100 and 200m champion Dinah Asher-Smith, who beat Fraser-Pryce to the Diamond League 100m title earlier this month.

One of the biggest head-to-heads of the Championships will take place in the women’s 400m, where the Rio 2016 champion Shaunae Miller-Uibo, who has been unbeatable this season at whatever distance she runs, seeks to claim her first world title over the single lap.

Her clocking of 49.05 at the start of the season in Gainesville still tops the world list for the season, and this tall, powerful 25-year-old Bahamian appears to be at the peak of her powers.

But there is a rising talent at her shoulder in the form of Bahrain’s 21-year-old Nigerian-born Salwa Eid Naser, second in this year’s world lists on 49.17, recorded at the Lausanne IAAF Diamond League meeting.

The pole vaults competitions for men and women will be very tight, with Sam Kendricks of the US defending his title against a field including the 19-year-old European champion Armand Duplantis and Poland’s in-form Piotr Lisek.