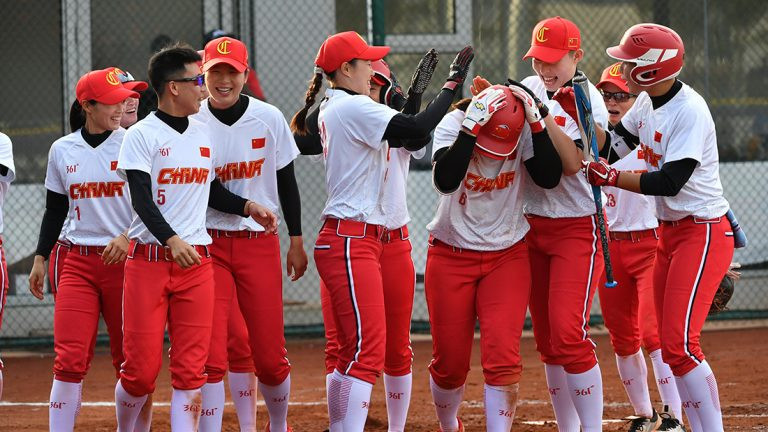 Hosts China and Australia both made it two victories from two at the Asia/Oceania softball qualifier for the Tokyo 2020 Olympics.

The Chinese beat Philippines 8-3 in Group A at Shanghai Chongming Sports Training Center, but did things the hard way for the second game in a row.

It was the Philippines who drew first blood, racing into a 3-0 lead before the Chinese turned things around.

New Zealand also opened up a 3-0 advantage against the hosts yesterday before also losing 8-3.

Lu Ying hit a grand slam home run for China as they fought back impressively today and ensured qualification for the super round phase.

"I thought the game against New Zealand was enough and we showed character and confidence to comeback to win," said China's coach Corey Myers.

"But to go through it again today was nerve wrecking."

New Zealand bounced back from their opening defeat by seeing off South Korea 5-1 in the group's other game.

They will now face Philippines, who thrashed the Koreans 10-1 on day one, in the last batch of group fixtures tomorrow to see who joins the Chinese in the super round.

In Group B, Australia backed up their 5-1 win over Chinese Taipei yesterday by easing past Indonesia 8-0 inside five innings.

Chinese Taipei, the highest-ranked side at the event at number six in the world, recovered with a 7-0 win over Hong Kong, who had pipped Indonesia 6-5 yesterday.

Australia will win the group and advance to the super round with a 100 per cent record should they beat Hong Kong tomorrow.

The Taiwanese will meet Indonesia and will be favourites to win and also go through.

Results from the group phase carry over to the super round, where teams play the two qualifiers from the other group.

The side topping the pile will qualify for Tokyo 2020 where both baseball and softball are returning to the Olympic programme following their axing after Beijing 2008.