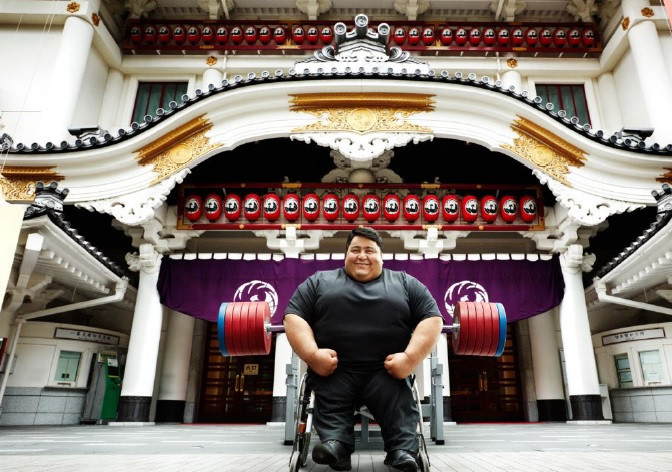 Powerlifting world record holder Siamand Rahman has been unveiled as the fifth and final star of a visual campaign promoting next year's Paralympic Games in Tokyo.

The 31-year-old Iranian, set to bid for a third straight Paralympic gold medal at Tokyo 2020, is featured in front of Kabukiza Theatre in Ginza.

Rahman, who holds the world record in the men's over 107 kilograms category, said it was "great to be part of this awesome campaign".

It is the last in a series featuring athletes standing alongside some of the Japanese capital's most famous landmarks.

"We are only one year out from Paralympic Games and I am so excited to see we are getting closer to the Games," said Rahman.

"I can't wait to compete at the Tokyo 2020 Paralympic Games.

"In Tokyo, everything is going to be between the bar and me.

"I will redraw the boundaries."

Rahman starring in the campaign comes prior to the start of the two-day powerlifting test event tomorrow.

The competition at the Tokyo International Forum is part of the "Ready Steady Tokyo" test event series for the Olympics and Paralympics.