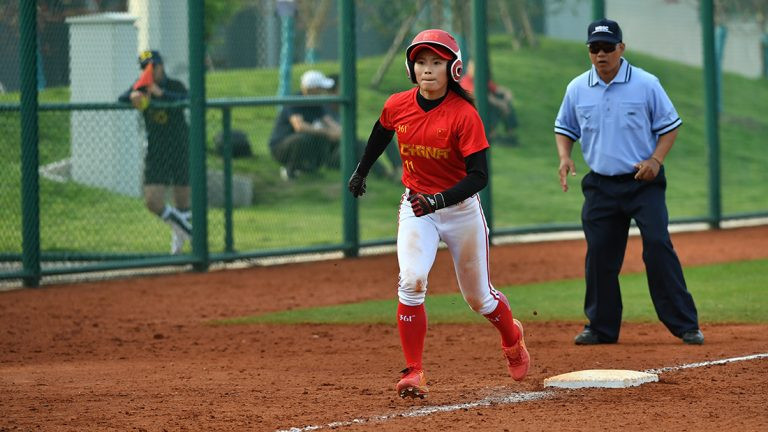 Hosts China survived an early scare before beating New Zealand 8-3 in their opening match of the Asia/Oceania softball qualifier for Tokyo 2020.

The Kiwis, who performed a haka before the game, raced into a surprise 3-0 lead against the world number eight side who many consider tournament favourites.

China's play was riddled with defensive mistakes but they turned things around, with five runs in the bottom of the sixth.

"It is not the best way to chalk a win, but I am glad we recovered from the early deficit to get back into the game," China's American coach Corey Myers said.

"We have tougher games ahead, and in a way I am glad we had to come from behind to win because it will serve us well for our remaining tough games.

"The players showed good character to get back into the game despite having some defensive issues in the early stages.

"In the end it was a great start to the tournament, but we have to keep on improving."

The other match in Group A at the Shanghai Chongming Sports Training Center saw Philippines thrash South Korea 10-1.

In Group B, Chinese Taipei, the highest-ranked side at the event at number six in the world, were beaten 5-1 by world number seven Australia.

There was also success for Hong Kong, who pipped Indonesia 6-5.

The top two teams from each group qualify for the super round phase where results will carry over.

Only the winners of the event will qualify for Tokyo 2020, where both baseball and softball are returning to the Olympic programme following their axing after Beijing 2008.

In Group A, China take on Philippines with South Korea playing New Zealand, while Australia will lock horns with Indonesia in Group B where Chinese Taipei face Hong Kong.