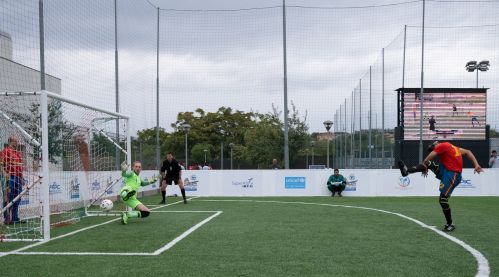 Spain were crowned winners of the Blind Football European Championships by beating France in Rome.

The two teams came into the gold-medal match on a high after semi-final victories secured their places at next year's Paralympic Games in Tokyo.

Spain came through a tense penalty shootout against England to advance to the final, but enjoyed a more straightforward match against France.

The Spanish team produced an impressive display to earn a 3-1 victory against their rivals.

It was the first time since 2013 that Spain had won the title, when they also defeated France in the final.

Spain have won the title in eight of the 12 editions of the tournament.

England recovered from their semi-final loss by winning the third-place playoff against Turkey.

A tight match was ultimately decided on penalties, with England edging their rivals 1-0.

Following the conclusion of the event, only three Paralympic berths remain.

Two places will be on offer at the Asia Regional Championships in Thailand later this month, while the final spot is decided at the African qualifier in November.