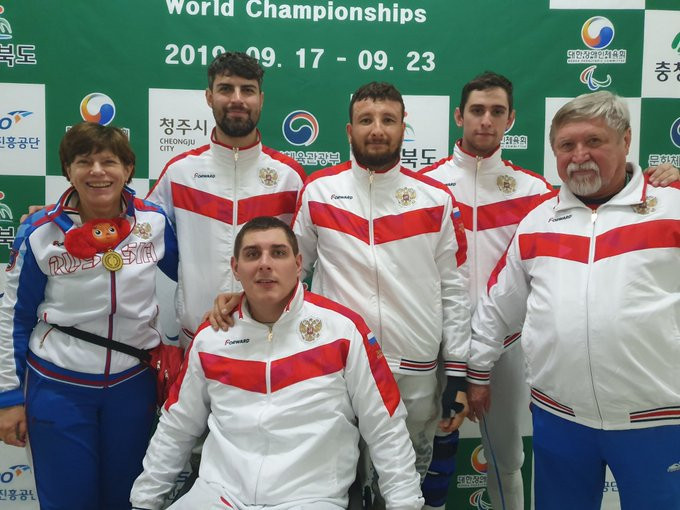 China completed their domination of the International Wheelchair and Amputee Sports Federation (IWAS) Wheelchair Fencing World Championships by picking up an 11th gold medal on the final day of competition.

The Chinese female sabre team crushed Georgia 45-22 in the final in South Korea to bring the curtain down on an immensely successful competition.

The final proved to be the most straightforward victory for the Chinese team, who were tested by Hungary in their opening match at the Grand Plaza Cheongju Hotel.

China eventually came through 45-40, before seeing off Ukraine 45-33 in the semi-final.

Georgia beat Italy 45-36 in their first match, before edging Poland 45-43 in the final four.

Ukraine took the bronze medal by beating the Polish team 45-38 in the third and fourth place match.

Win over Georgia in the women's team sabre ✅ pic.twitter.com/elouCuD7cX

The other gold medal on the final day of competition in Cheongju went to Russia, who triumphed in the men's épée team event.

The top two seeds made it through to the final as predicted, with the first ranked Russian side overcoming second seeds France 44-36.

Russia had ended Chinese dreams of gold medal number 12 in their opening match, winning 43-39, before beating Britain 45-37 in the semi-final.

France reached the final after beating Italy by just a single point in their semi, 43-42, after defeating Ukraine 45-36 in the quarter-final.

Britain won the bronze medal after beating Italy 45-33 in their play-off match.