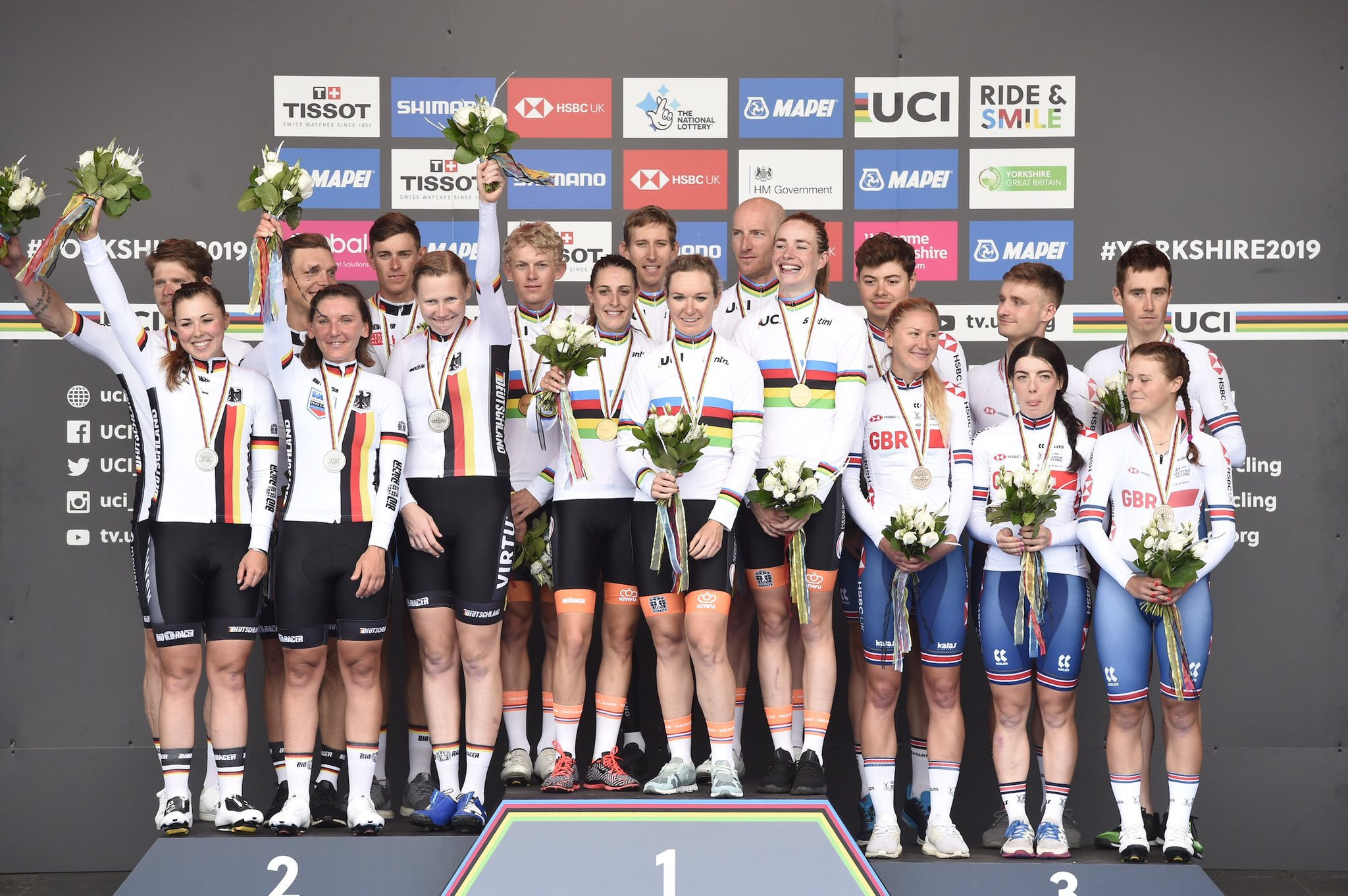 The Netherlands won the first gold medal of the 2019 International Cycling Union Road World Championships in Yorkshire after triumphing in the mixed relay team time trial.

Amid the rain in the north of England, the Dutch finished 23 seconds ahead of Germany in second place, while hosts Britain claimed bronze.

Italy had looked well placed for a medal but a puncture for Elisa Longo Borghini proved costly as they finished nine seconds behind the British team in fourth place.

The mixed relay team time trial was the first event of the Road World Championships, which take place in Yorkshire from today until next Sunday (September 29).

The event saw the six athletes take on two 28 kilometres laps of the course in Harrogate, the three male riders racing first before their three female compatriots took over.

The first podium of #Yorkshire2019. pic.twitter.com/ZXDrKEuFSQ

The Dutch team of Lucinda Brand, Riejanne Markus, Amy Pieters, Koen Bouwman, Bauke Mollema and Jos Van Emden were the pre-race favourites, and lived up to that tag with a dominant display.

A near collision between team mates Mollema and Bouwman was the only rocky moment for the Dutch as they won the race in a final time of 38min 27sec.

The Italians looked best placed to challenge as they raced in the final block of starters alongside Germany and The Netherlands, before the puncture for Borghini towards the end of the women's race left the men with too much of a gap to make up on the top three.

The junior women's race over 13.7km takes place in the morning, with the 27.6km junior men's race in the afternoon.