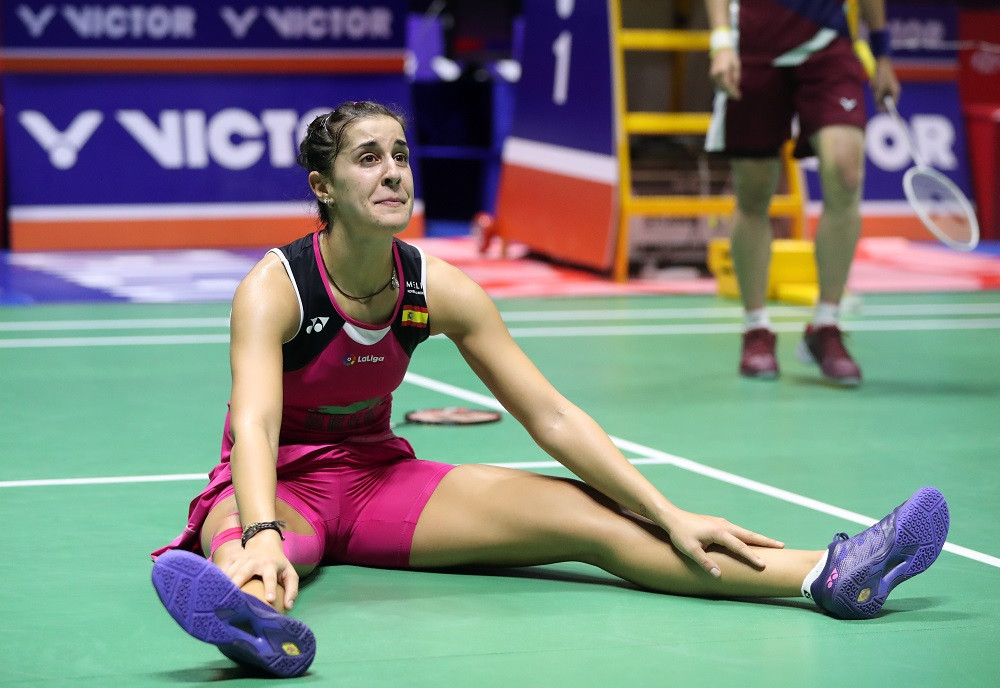 Olympic champion Carolina Marin completed one of the great comebacks as she successfully defended her China Open title less than eight months after suffering a career-threatening knee injury.

The 26-year-old three-time world champion beat Chinese Taipei’s world number four Tai Tzu Ying 14-21, 21-17, 21-18 at the Olympic Sports Center Xincheng Gymnasium in Changzhou in the final of what was only her second tournament since returning to action.

Having had to miss this year’s World Championships, the Spaniard entered last week’s Vietnam Open and lost in the first round.

Marin, who suffered an ACL injury in the final of the Indonesia Masters in January, was unseeded in this event, but looked more and more like her old aggressive self as she moved remorselessly through all her opponents.

Highlights | Carolina Marin is overwhelmed with emotion as she makes a remarkable comeback to retain her crown 🏸#HSBCBWFbadminton #HSBCRaceToGuangzhou pic.twitter.com/CI9bcew1BT

Marin led 19-13 in the deciding game, and although Tai responded with four points in a row, the Spaniard held on to secure a victory that she described as “unbelievable".

"I cannot describe my feelings right now because I’m so happy," she said.

"There was some frustration with myself in the first game but I tried to keep calm.

"I had to be patient and find the good length on the shuttle.

"But the most important thing is I could fight until the end.

"I just waited until she made mistakes.

"I just wanted to play some long rallies because I knew this match was going to be really tough.”