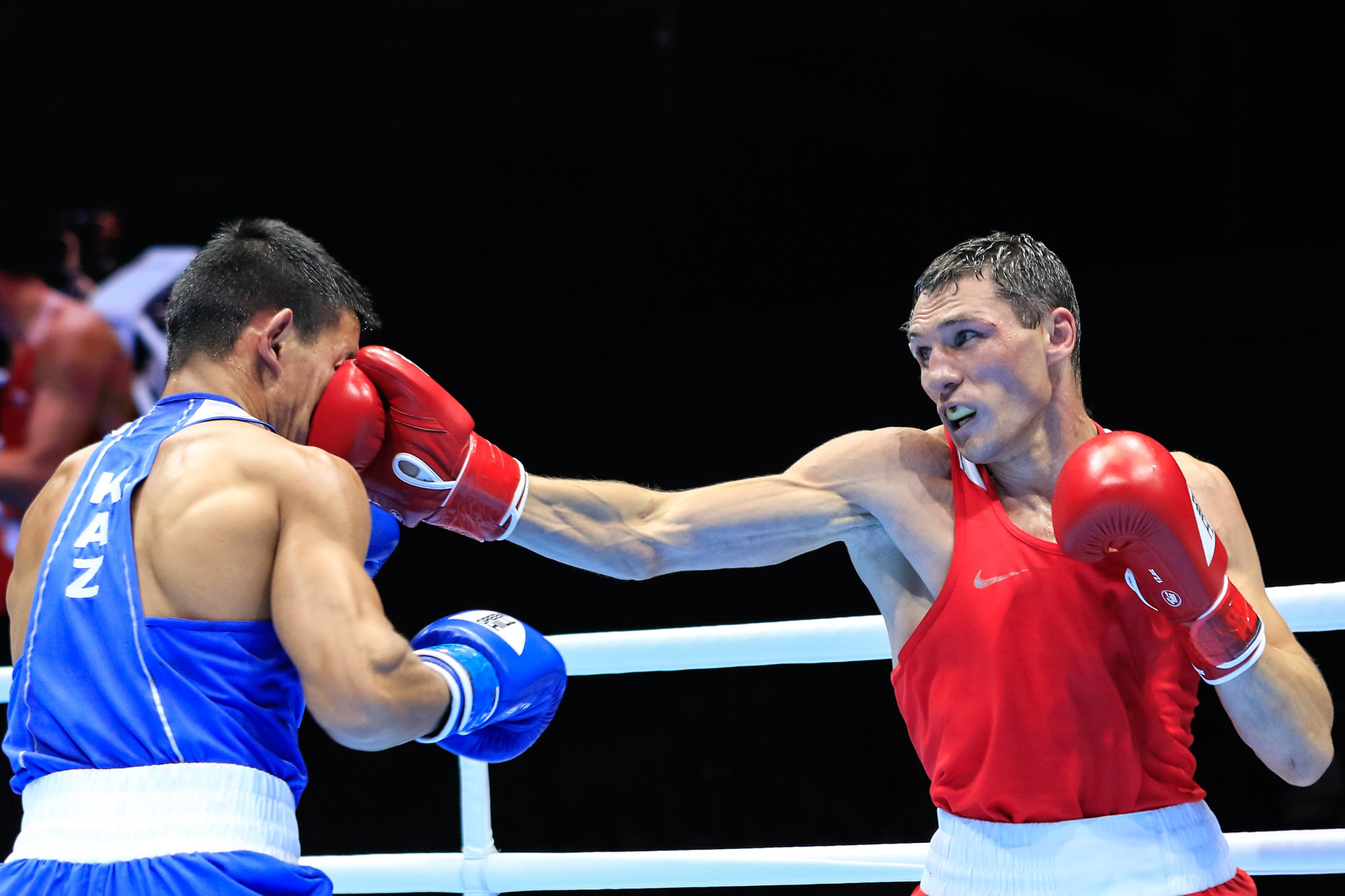 Andrei Zamkovoi was the first to delight the largely Russian crowd, getting past England's European and Commonwealth champion Pat McCormack 4-0.

The contest had been stopped in the second round due to a clash of heads, with the judges deeming the Russian the victor.

"It's been a good week for me and the team but I am gutted with how it ended," McCormack said.

"I felt like I was starting to get on top and that he was beginning to get tired, but the clash of heads put a stop to it.

"It's just one of those things that happens sometimes in boxing."

Gleb Bakshi then became Russia's second world champion, recording a unanimous victory against Eumir Marcial of the Philippines in the middleweight division.

Completing the podium was Hebert Conceição of Brazil and Tursynbay Kulakhmet of Kazakhstan.

Muslim Gadzhimagomedov completed a successful year with victory in the heavyweight division, with Russia's European champion easing past Ecuador's Julio Castillo 5-0 in the gold-medal bout.

Vassiliy Levit collected another bronze for Kazakhstan, with Radoslav Pantaleev of Bulgaria alongside him.

Despite Russia's success at the tournament, they did not top the overall medal table.

Instead it was Uzbekistan with three gold, one silver and one bronze.

Indeed, the competition seemed to mark an end of Cuba's dominance in amateur boxing, with Andy Cruz the only boxer from the country to take gold.

He beat Keyshawn Davis of the United States unanimously to earn his second consecutive light welterweight world title, with Manish Kaushik of India and Hovhannes Bachkov of Armenia completing the podium.