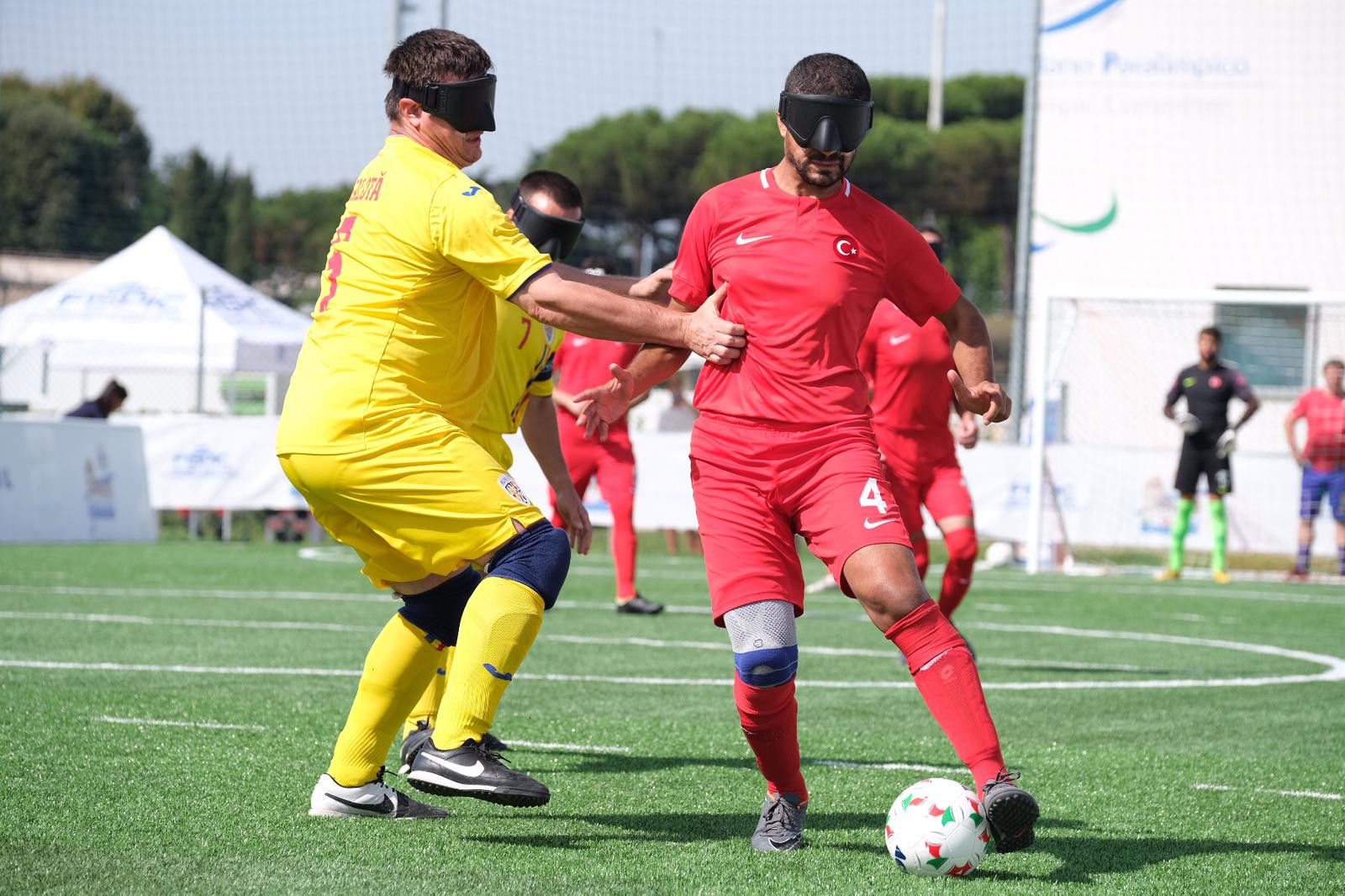 There will be a new name on the Blind Football European Championships trophy, after France and Turkey joined England and Spain in the semi-finals.

In Group B, France made the last four, winning the day's opening match at the Tre Fontaine Paralympic Preparation Venue in Rome, 5-1 against Greece, who finished bottom and pointless.

That was enough to give France the final lead in the group, as they finished level on eight points with England – who had qualified the day before after playing their final group match – but with a superior goal difference of two.

England will play the runners-up in the last Championships, Spain, who finished top of Group A with 10 points.

France now meet Turkey, who secured second place in Group A with a 1-0 win over Romania today.

The teams for tomorrow's Semi-Finals have been decided! @EnglandBlind take on @SEFutbolCiegos at 15.00 and France face Turkey at 17.30.

It's all to play for as the Semi-Finalist victors will progress onto the Final and qualify for @Tokyo2020 #Euro2019 🏴󠁧󠁢󠁥󠁮󠁧󠁿🇪🇸🇫🇷🇹🇷⚽️ pic.twitter.com/De4vK3QThC

The French win rendered the later match between defending champions Russia and Germany relatively unimportant, given that neither could hope for more than seven points, and the match finished 1-1.

The stakes are getting higher, as this biennial International Blind Sports Federation (IBSA) competition offers Tokyo 2020 qualification for the finalists.

In Group A, the hosts began the day hoping to jump over Turkey into the second semi-final place by winning against Belgium and hoping their rivals lost against Romania.

In the event, Italy could only draw 1-1, but by then Turkey's win had settled the issue.