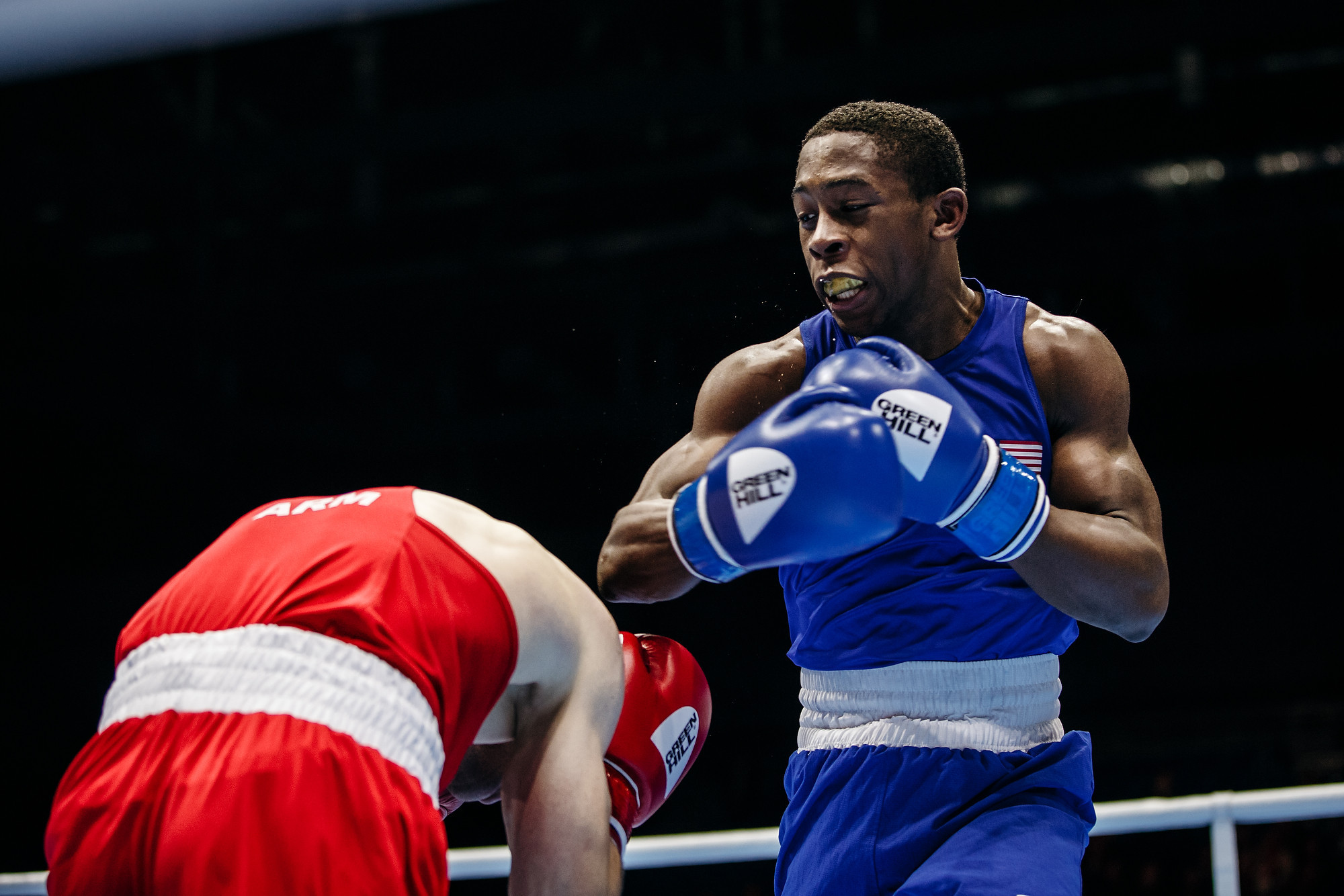 A second upset came in the middleweight division, with Eumir Marcial of the Philippines recording a unanimous victory over Tursynbay Kulakhmet of Kazakhstan.

Kulakhmet was seeded third in the tournament, having topped the podium at April's Asian Championships in Bangkok.

Home favourite Gleb Bakshi is standing in the way of a gold medal for Marcial.

The Russian delighted the crowd after getting past Hebert Conceicao Sousa of Brazil 4-1.

The European heavyweight champion earned a unanimous win against Radoslav Pantaleev of Bulgaria, setting up a battle with Ecuador's Julio Castillo.

It had been a close contest in Castillo's semi-final bout against Kazakhstan's Vassiliy Levit, the Rio 2016 Olympic silver medallist and three-time Asian champion.

Castillo was awarded a 3-2 victory, with the crowd showing their displeasure at the result.

The session had begun with the flyweight semi-finals, with reigning Olympic champion Shakhobdin Zoirov securing a comfortable 5-0 win against Billal Bennama of France.

He will face Asian champion Amit Panghal in the gold-medal bout after the Indian narrowly beat Saken Bibossinov of Kazakhstan 3-2.

The finals in all eight weight divisions are scheduled for tomorrow.