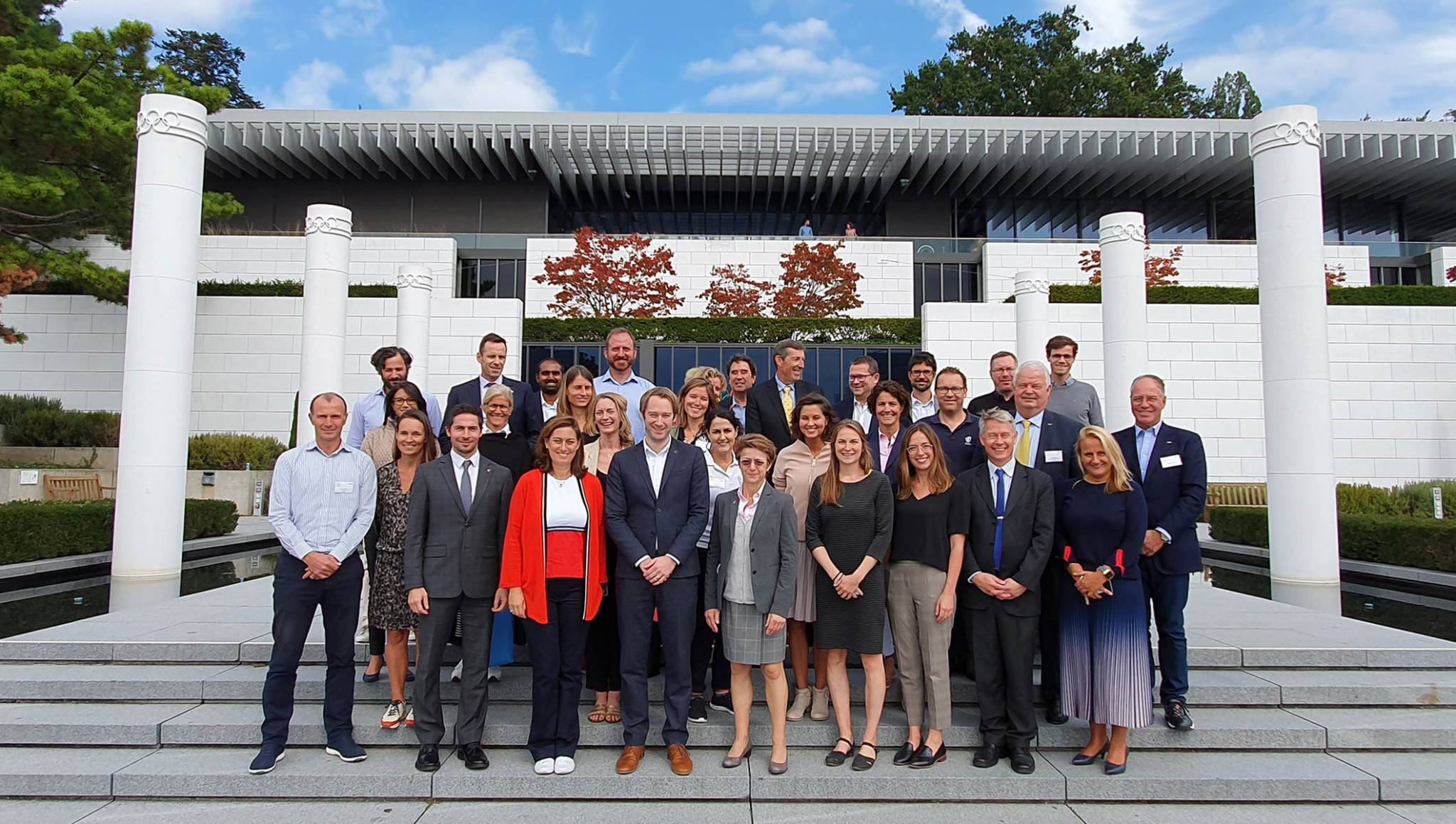 Signatories of the United Nations (UN) Sports for Climate Action Framework have gathered at the Olympic Museum in Lausanne to define the next steps for the sports community to address climate change.

The meeting was hosted by the International Olympic Committee (IOC), ahead of the UN Climate Action Summit, taking place next Monday (September 23) in New York City.

It served as the official launch of the working groups tasked with the implementation of the UN Sports for Climate Action Framework.

The participants discussed the scope of the Framework's principles, potential gaps, mechanisms for measuring impact and the level of involvement of the various sports organisations in their implementation.

Eighty sports organisations have joined the Framework so far, including 14 International Federations (IFs) and the Organising Committees for the next three editions of the Olympic Games: Tokyo 2020, Beijing 2022 and Paris 2024.

The Framework was co-developed by the IOC and launched at the UN climate talks, COP 24, in December 2018.

"At a time of unprecedented momentum in the crucial global fight against climate change, the sports community is proving, once again, that its power extends well beyond the field of play," Prince Albert II of Monaco, an IOC member and chair of the IOC Sustainability and Legacy Commission, said.

"The UN Sports for Climate Action Framework provides a perfect opportunity to use this power to help the world address the threats of climate change to our planet."

Marie Sallois, the IOC director of corporate development, brand and sustainability, added: "From the development of the UN Sports for Climate Action Framework through to its implementation, the IOC is proud to be working hand in hand with UN Climate Change and other sports organisations to define how the world of sport responds to the climate emergency."

The UN Climate Action Summit aims to boost ambition and accelerate actions to implement the Paris Agreement on climate change by showcasing concrete commitments from Governments, businesses and civil society.

Sustainability is one of the three pillars of Olympic Agenda 2020, the strategic roadmap for the future of the Olympic Movement.

Climate change is a key element of the IOC's sustainability work, in line with its vision of "building a better world through sport".

As the leader of the Olympic Movement, the IOC assists IFs and National Olympic Committees in integrating sustainability within their operations, and, it is claimed, empowers athletes to leverage their reach and influence to advance global sustainability.

"There are few sectors that are as powerful in engaging people as sport," Niclas Svenningsen, manager for Global Climate Action at UN Climate Change, said.

"Bringing the sports community on board, the UN Sports for Climate Action Framework has therefore been a high priority for us.

"The IOC's leadership role in this process has been extremely valuable.

"We look forward to working closely together on the Framework’s implementation."

In June, former UN Climate Change head Christiana Figueres called on the IOC to take a leadership role in tackling the climate emergency and warned of the risks to major events should action not be taken.

The Costa Rican official served as executive secretary the UN Framework Convention on Climate Change from 2010 to 2016.