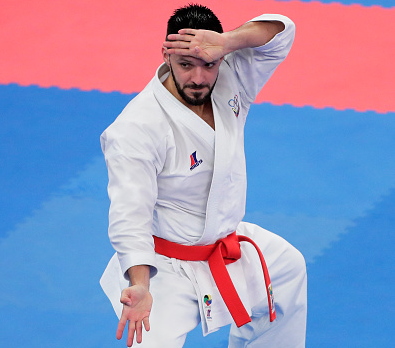 Santiago will host the final event of the Karate 1-Series A season, with competition taking place over three days in the Chilean capital city.

The event is the fourth stop on the second tier World Karate Federation (WKF) circuit this season.

The series began with two stops in Europe, as Salzburg and Istanbul hosted events – Montreal in Canada staged the third leg in June.

Karatekas have now travelled to Chile to round off the Karate 1-Series A season.

Competition will take place in the Movistar Arena in Santiago, where individual and team kata events will be held.

Venezuela's Antonio Díaz is registered to compete in the men's kata event.

There will be 10 kumite disciplines contested, split evenly between men and women.

The host nation will hope Rodrigo Rojas can secure a podium finish in the men's over 84-kilogram kumite event.

Rojas was a bronze medallist at the Pan American Games in the weight division.

The WKF say 800 competitors from 72 countries will participate, including 129 representatives from Chile.

Finals will be held on Sunday (September 22).