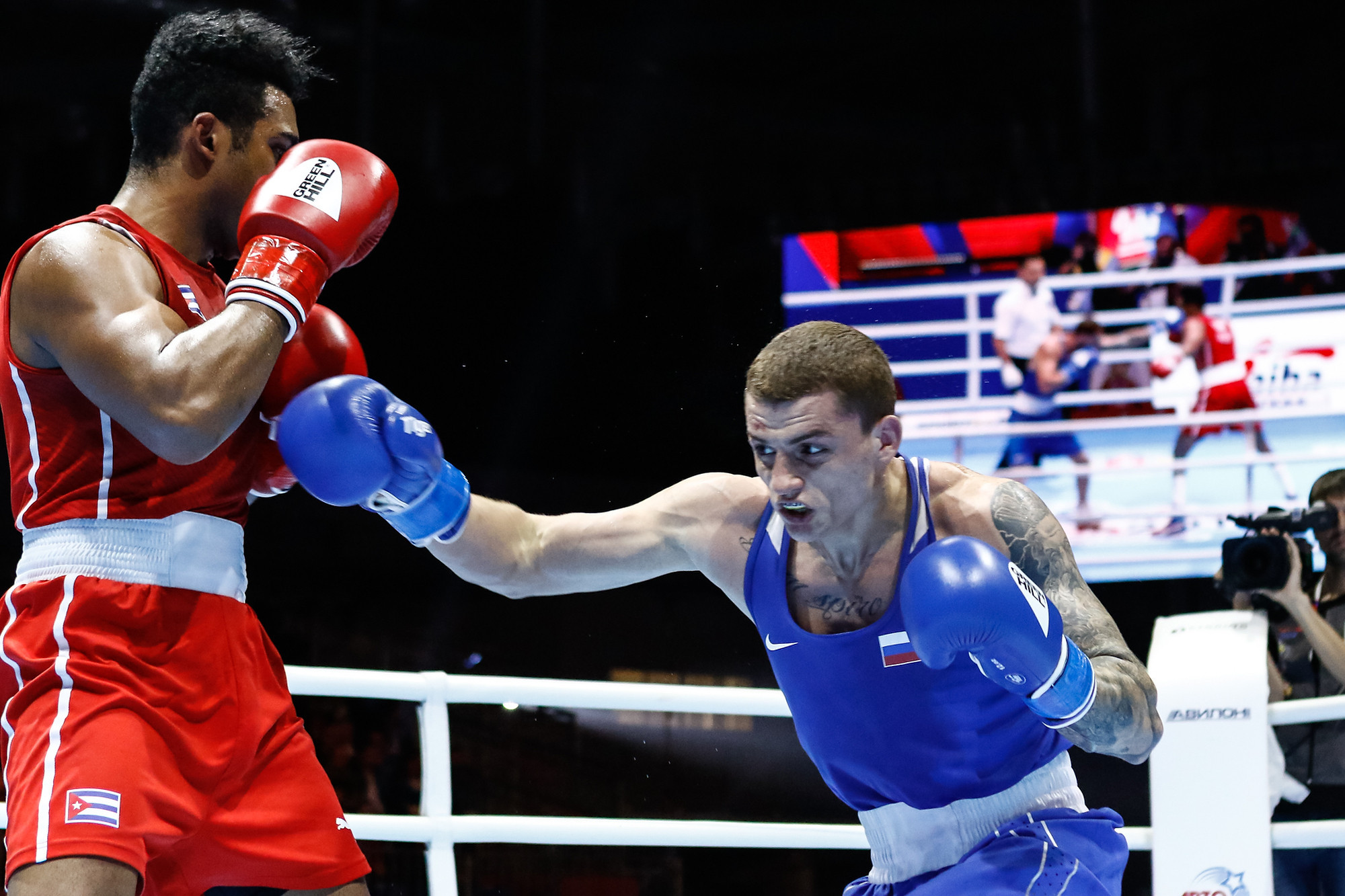 López, who is also the reigning Olympic champion and two-time Pan American Games gold medallist, was looking to reclaim the world title he won in Doha in 2015.

But eighth seed Bakshi put a stop to his campaign, edging past the Cuban 3-2 to reach the middleweight semi-finals.

The remaining semi-final is between Tursynbay Kulakhmet of Kazakhstan and Eumir Marcial of the Philippines.

Kulakhmet, who topped the podium at this year's Asian Championships, recorded a unanimous victory over Armenia's Arman Darchinyan, while Marcial defeated Shahin Mousavi of Iran 5-0.

In the flyweights, Billal Bennama of France knocked England's Commonwealth Games champion Galal Yafai out of the tournament with a unanimous win.

Yafai had previously defeated the division's top seed and defending champion, Yosvany Veitía of Cuba, but could not repeat the result.

Next up for Bennama is Olympic champion Shakhobidin Zoirov of Uzbekistan, who continued his impressive campaign by easing past Daniel Asenov of Bulgaria 5-0.

India's Amit Panghal, gold medallist at both the 2018 Asian Games and this year's Asian Championships, also reached the semi-final.

He overcame Carlo Paalam of the Philippines 4-1 to set up a clash with Saken Bibossinov of Kazakhstan, who beat Armenia's Artur Hovhannisyan by the same score.

The Minsk 2019 European Games gold medallist will come up against Radoslav Pantaleev next, with the Bulgarian managing a surprise unanimous defeat of the top seed and defending champion, Erislandy Savón of Cuba.

The former, silver medallist at the Rio 2016 Olympic Games, got past Jordan's Hussein Ishaish 4-1, with Castillo doing the same against Sanjeet Sanjeet of India.

All the light welterweight quarter-finals concluded with unanimous decisions.

A bout against Manish Kaushik awaits, with the Indian getting past Wanderson de Oliveira of Brazil.

Keyshawn Davis of the United States then won against Sofiane Oumiha, resulting in a semi-final bout with Hovhannes Bachkov.

The Armenian was the victor against Leonel de los Santos of the Dominican Republic.

Semi-finals are on Friday (September 20), with a rest day scheduled for tomorrow.