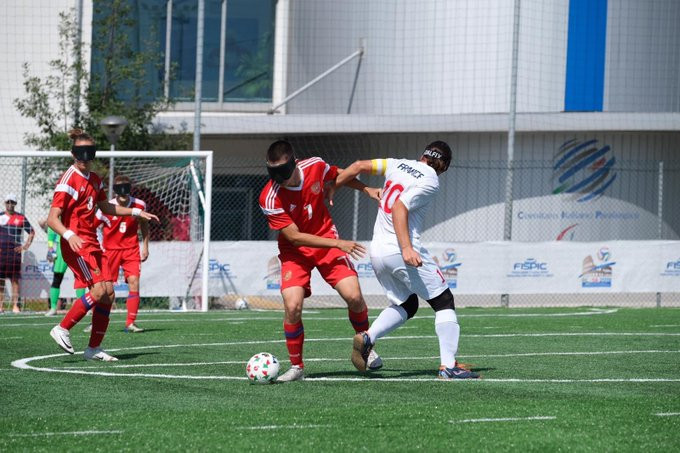 The Russian team were beaten 2-0 by France in their Group A match at the Tre Fontaine Paralympic Preparation Venue.

It was a far from ideal start to the defence of the title they won in Berlin two years ago.

This year's tournament, organised biennially by the International Blind Sports Federation (IBSA), has added importance as the top two sides will qualify for the Tokyo 2020 Paralympic Games.

The other Group A match was between perennial rivals England and Germany.

A solitary goal was enough to get England off to a winning start, but they will need to be in top form as they take on France tomorrow.

The top 10 European nations will be playing for eight days in Rome, in a tournament which got underway with a 1-1 draw in Group B between the hosts and Turkey, the 2015 European champions who finished fifth in the last Europeans.

In the second Group B match, three goals without reply in the second half earned Spain – beaten by Russia on penalties in the last European final – a handsome victory over Belgium.

In tomorrow's action, the two teams who sat out today get onto the field as Greece play Russia in Group A and Romania take on Italy in Group A.