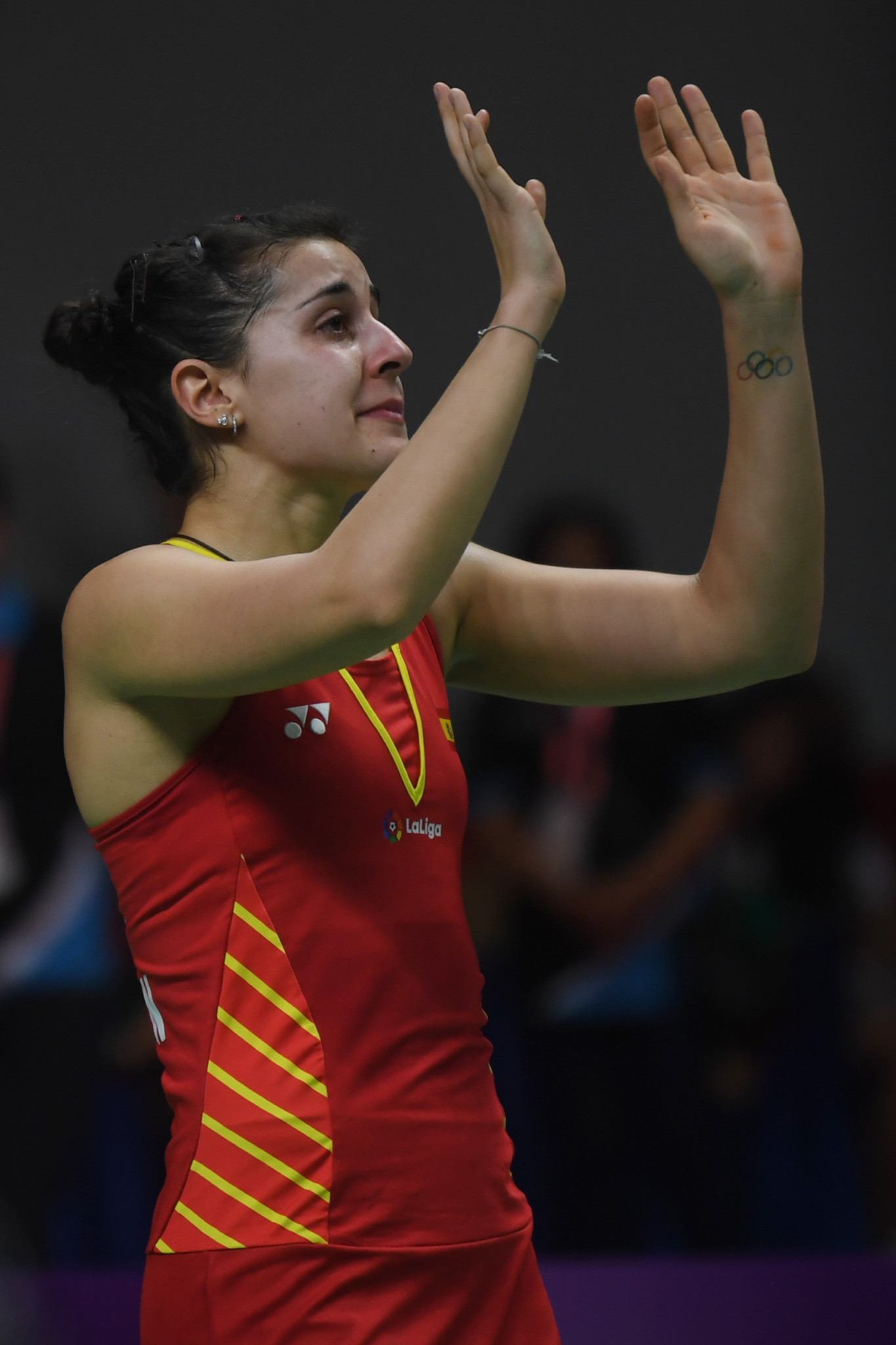 Reigning Olympic champion Carolina Marin re-announced herself as a major force on the international stage with a first-up victory over Nozomi Okuhara at the Badminton World Federation (BWF) China Open.

The Spanish Rio 2016 gold medallist, a three-time world champion, has endured eight months on the sidelines after ACL surgery and only returned to competition last week.

She is unseeded at the Olympic Sports Center Xincheng Gymnasium in Changzhou and was handed a tough opening clash with Japan's Okuhara, the fourth seed who lost the World Championship final to India's PV Sindhu last month.

Marin, who won the China Open last year, lost her first-round match on her comeback in Vietnam but demonstrated a return to form as she beat Okuhara, the 2017 world champion, 21-16, 21-18.

"Of course I feel really happy with how I could play today," said Marin.

"I just want to forget about my injury.

"I missed a lot of tournaments and playing at a high level with good players.

"Of course I was ready for this game.

"I feel more confident about that.

"I just have to keep focus on my mental game.

"Because when you play a top player it is tough, to be focussed through the full game, but today I did really great.

"Last week, it was my first game and of course I felt some nervousness and tension that I would like to win my first game.

"That made me feel more tension with my body and I couldn’t think about what I had to do with my opponent.

"But today I just wanted to think about what I had to do with Okuhara."

Other women's matches on day one of the prestigious World Tour Super 1000 tournament included a major shock as the 2017 winner in China and top seed, Akane Yamaguchi, lost a thriller to Russia's Evgeniya Kosetskaya.

Momota is hoping for a first victory at the China Open, a title Lin has won five times.

There was better fortune for the hosts as reigning Olympic champion Chen Long won in three games against Malaysia's Lee Zii Jia, 21-16, 12-21, 23-21.

The fourth seed is bidding for a fifth China Open victory.

The remaining first round matches in the men's and women's draws will be held tomorrow.