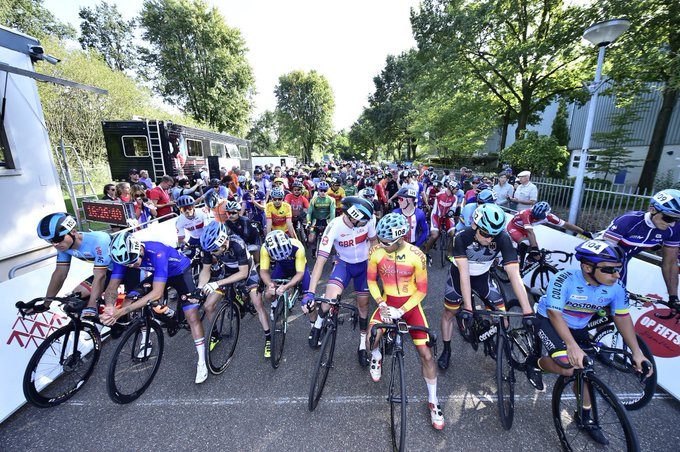 The Australian veteran finished the 29.6 kilometres course in 59min 47sec, one second in front of nearest challenger Angelika Dreock-Kaser of Germany.

Jana Majunke, also of Germany, came through to earn bronze.

In the men's T2, defending champion Ryan Boyle of the United States retained his title in 52:57.

Dutch star Jetze Plat justified his status as the pre-event favourite in the men's H4 race, contested over 66.6km, but was pushed all the way by the American duo of Thomas Davis and Travis Gaertner.

Plat crossed the line narrowly ahead of his US rivals as all three athletes recorded the same time of one hour 39min 01sec.

Victory handed the 28-year-old, who won bronze in cycling and gold in triathlon at the 2016 Paralympic Games in Rio de Janeiro, another major honour in the sport.

Chen Jianxin continued China's impressive showing at the event by winning the men's T1 in 45:47.

Maximilian Jager of Germany was second, while Giorgio Farroni of Italy did enough for bronze.

Spain's Gonzalo Garcia Abella, who was expected to mount a serious challenge for the title, finished outside of the medals.