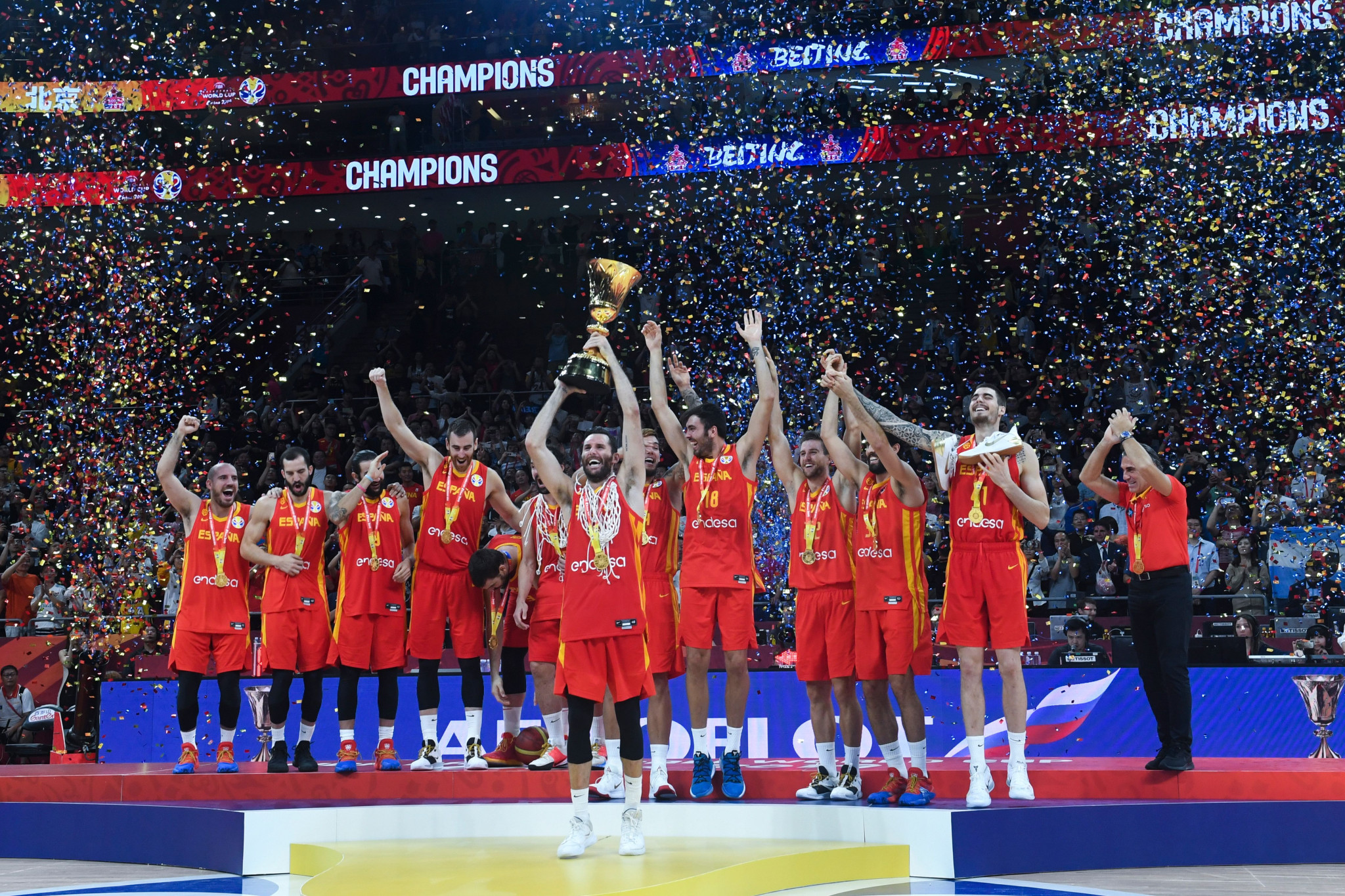 Spain won the International Basketball Federation World Cup for the second time as they beat Argentina 95-75 in today's final in Beijing.

After a supercharged performance in the flagship event from Mark Gasol had seen them through their semi-final against Australia, it was one of their other perennial stand-out performers, Ricky Rubio, who stepped up today by top-scoring with 20 points.

It was a performance that sealed the Phoenix Suns point guard's status as the most valuable player in the World Cup.

Spain had opened the game with a 14-2 lead, and although Argentina made their own aspirations clear by winning the next 11 points, they were unable to gain a foothold in the match.

Gasol is the only player remaining from Spain's previous World Cup win, which came in 2006 after a win over Greece in the final.

The Toronto Raptors centre has become the second player to win an NBA title and a world gold medal in the same year, joining Lamar Odom — who achieved that double for the Los Angeles Lakers and the United States in 2010.

Scola, who averaged 19.3 points over his team's first seven games of the tournament, finished with eight points.

Earlier in the day at the Wukesong Arena, France took the bronze medal with a 67-59 win over Australia, thus matching their only other medal-winning performance at the World Cup from 1954.

It was a fitting reward for a team that had shaken up this tournament with a quarter-final win over the side that had won the two previous titles, the US.