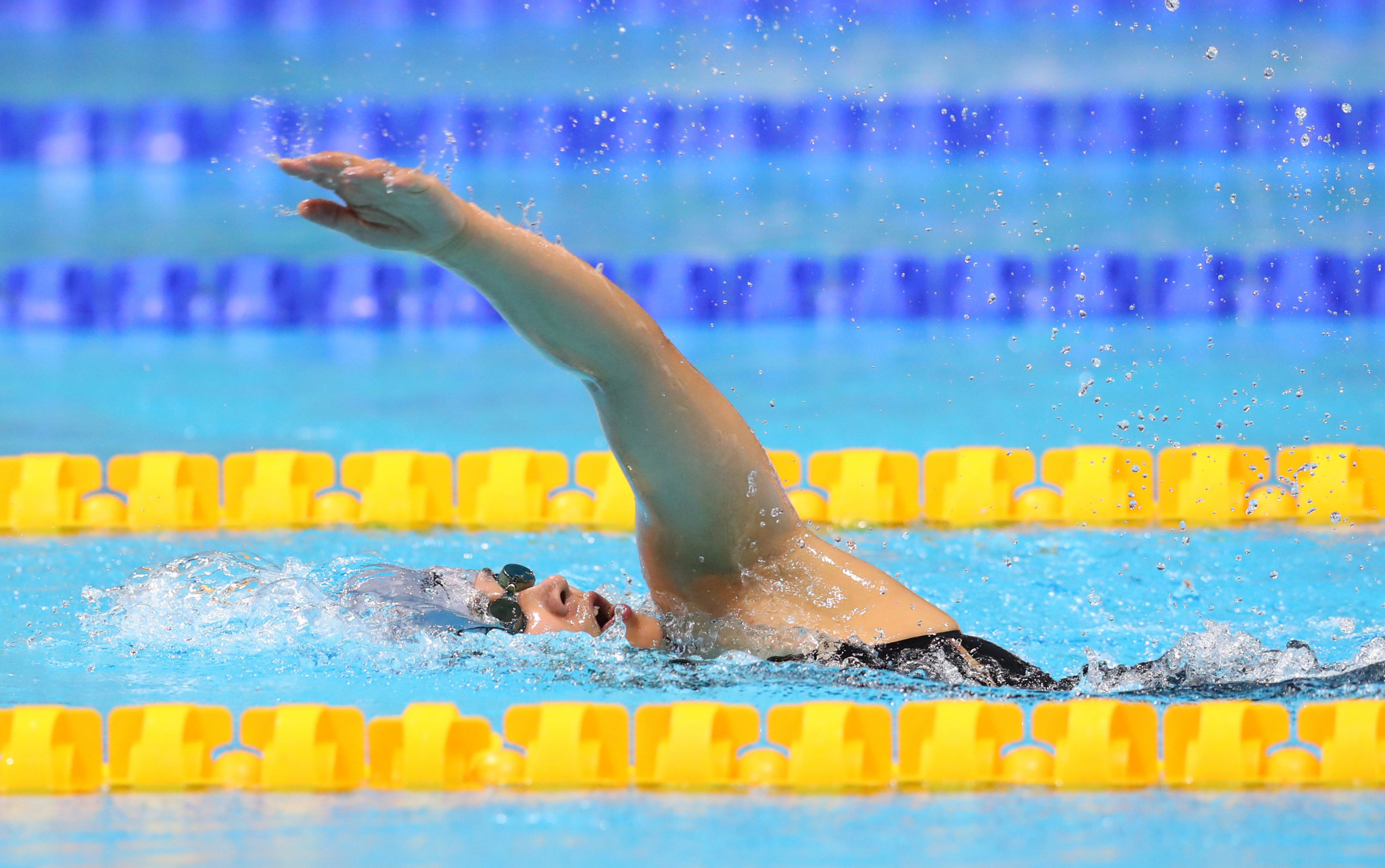 Fourteen-year-old Yuyan clinched her third gold medal of the event at the Aquatics Centre at the Queen Elizabeth Olympic Park, clocking a world record 34.86sec to win the women's butterfly S6 final.

Ellie Robinson of Britain, who saw her world record broken by 0.36, took silver in 35.61, while Ireland's Nicole Turner earned bronze in 36.42.

Zhdanov continued his fine showing at the Championships, setting his third world record of the event on his way to gold in the men's 200m freestyle S4.

The Russian touched the wall in 2min 53.06sec to edge out Takayuki Suzuki of Japan, who was forced to settle for silver having finished 0.16 adrift.

Israel's Ami Omer Dadon was a further six seconds behind in bronze.

Wang Lichao of China smashed the men's 50m backstroke S5 world record, lowering the mark by over a second to seal gold.

Roman Zhdanov swim to his THIRD world record at this championships 💥He is on fire #ExperiencetheExtraordinary #London2019 pic.twitter.com/y2Nmm4kHSt

The Chinese swimmer beat Yaroslav Semenenko of Ukraine and Brazilian Paralympic star Daniel Dias, silver and bronze medallists, respectively, with a time of 32.59.

Vasyl Krainyk of Ukraine came through to take bronze.

Brock Whiston delighted the home crowd as she lowered the world record in the 200m individual medley SM8.

The Briton clocked 2:35.30 to outclass the rest of the field as American Jessica Long, saw her world record broken, was almost five second slower in silver medal position.

Viktoriia Ischiulova of Russia did enough for bronze.

Ukraine ensured a record-breaking end to the penultimate evening of finals as their mixed 4x100m freestyle relay 49 points team took gold in a world best 3:51.85.

Brazil and Russia were second and third, respectively.