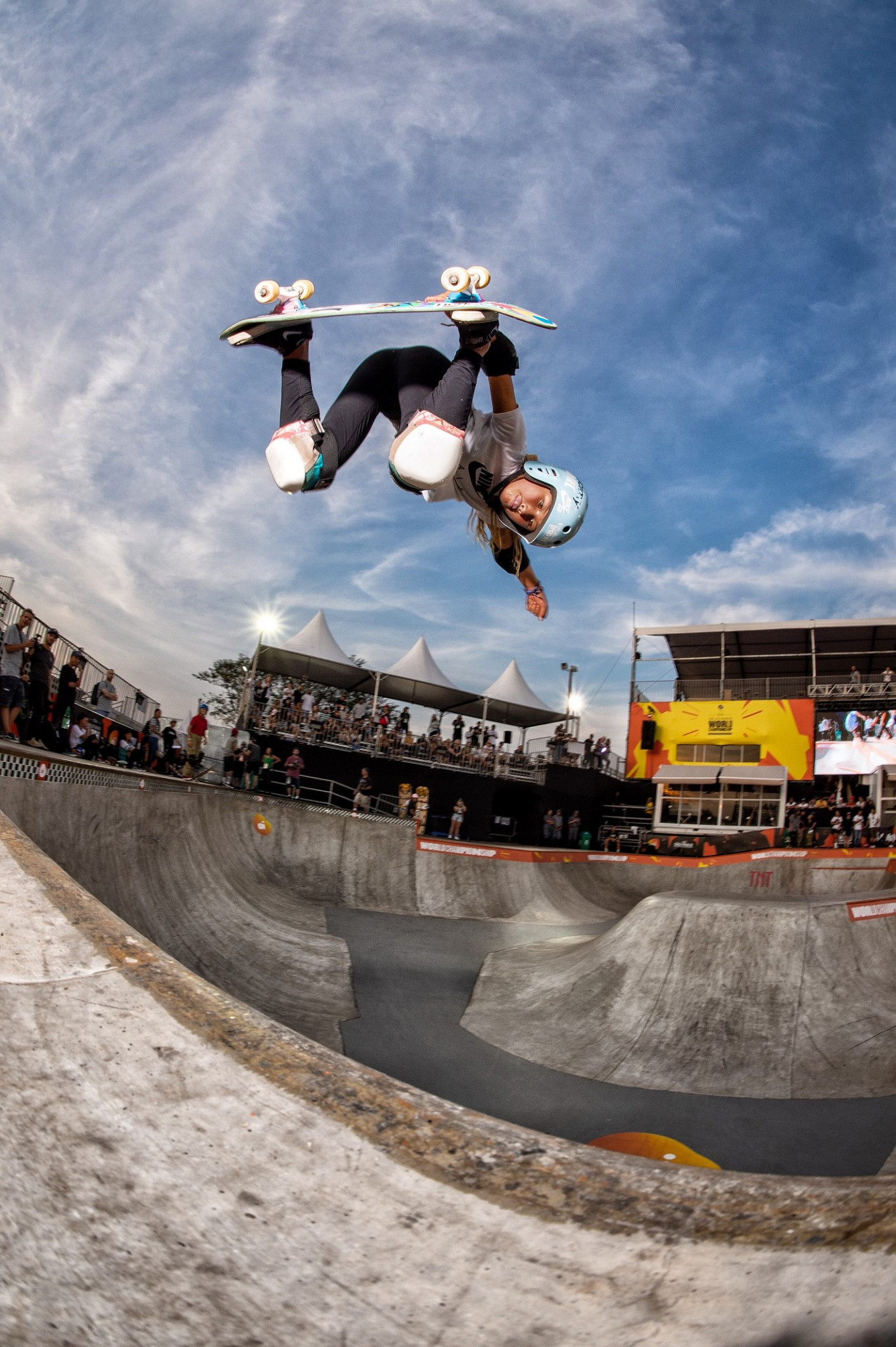 Eleven-year-old Sky Brown was in a world of her own, as she topped qualifying in women's quarter-finals at the World Skate Park World Championship in São Paulo.

The Briton finished a massive 11 points clear of 15 other qualifiers for tomorrow's semi-finals, where the world's four top-seeded competitors join the competition ahead of the later final.

Qualifying points for Tokyo 2020 are on offer at the four-day event, which also serves as the seeding competition for all remaining Olympic qualifiers next year, with the exception of the 2020 World Championships.

In cloudy conditions at the Parque Cândido Portinari, the men’s quarter-finals were headed by Thomas Schaar of the United States, who led the previous day's open qualifying,

Schaar scored 87.00 points to finish just half-a-point ahead of Keegan Palmer of Australia, one of the 16 seeds introduced to the event after the open qualifiers.

Olympic snowboard halfpipe medallists Shaun White and Ayumu Hirano, the leading cross-sport names at these Championships, both made it into the semi-finals, although White, three times an Olympic champion, only squeezed in, taking the 16th of the 17 qualifying places with 80.00 points.

Hirano, who took silver in South Korea last year, was more secure in his progress, finishing 11th with 82.70.