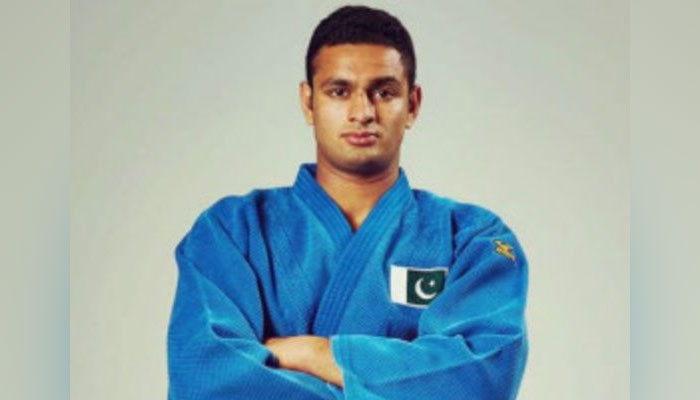 The Pakistan Judo Federation (PJF) has sent an SOS letter to the Pakistan Sports Board (PSB) seeking a special grant for the country's top judoka, Shah Hussain Shah, to ensure his participation in tournaments to qualify for the Tokyo 2020 Olympic Games.

He is seeking support from the Government to ensure his son's participation in the Olympic Qualifier.

"This situation is not only embarrassing for all sports hierarchies in chain, but also painful for any patriot Pakistani," said the PJF letter to PSB.

The PJF is now aiming to send Shah Hussain Shah to at least seven tournaments in the next few weeks, starting with the Tashkent Grand Prix from September 19 to 24.

The Federation has accordingly requested grants at two levels, either with or without Shah's Japanese coach being part of the travel.

The letter, written by the President of Pakistan Judo Federation Colonel Junaid Alam, has highlighted how unavailability of funds has damaged Pakistan's Olympic hopes, thenews.com reports.

Alam added that the PJF was confident that if Shah Hussain Shah was supported in these international events, he would improve his Olympic ranking to qualify.

"Various international judo events contribute towards accumulation of ranking points and top ones will be selected in May 2020.

"Due to ongoing sports reforms by the Government, funds for even routine international participation could not be released by PSB.

"Resultantly, unlike other international athletes of his caliber, Shah Hussain Shah could just participate in three ranking events in 16 months.

"Whereas other average judokas participated in more than 10-12 events so far, even gaining points of participation."

Reportedly the letter goes on to say that Shah's rival Indian judoka, Avtar Singh, three places higher up in the Olympic ranking, has currently been awarded the Continental quota.

"It is highlighted with concern that Shah has always performed much better than Avtar Singh, by earning twice Asian bronze and thrice fifth place in annual Asian Senior Championship/Asian Games, silver in Commonwealth Games and is South Asian champion since 2014, whereas Singh's best performance is only one bronze, that too in an Asian Open Championship," the letter continues.

Shah narrowly lost the bronze-medal fight at the Asia-Pacific Senior Championship in May 2019.

Following his performance in the World Judo Championships in August, he improved 26 places in his world ranking, up to 73rd.

He also rose in the Olympic rankings from 100th to 57th.