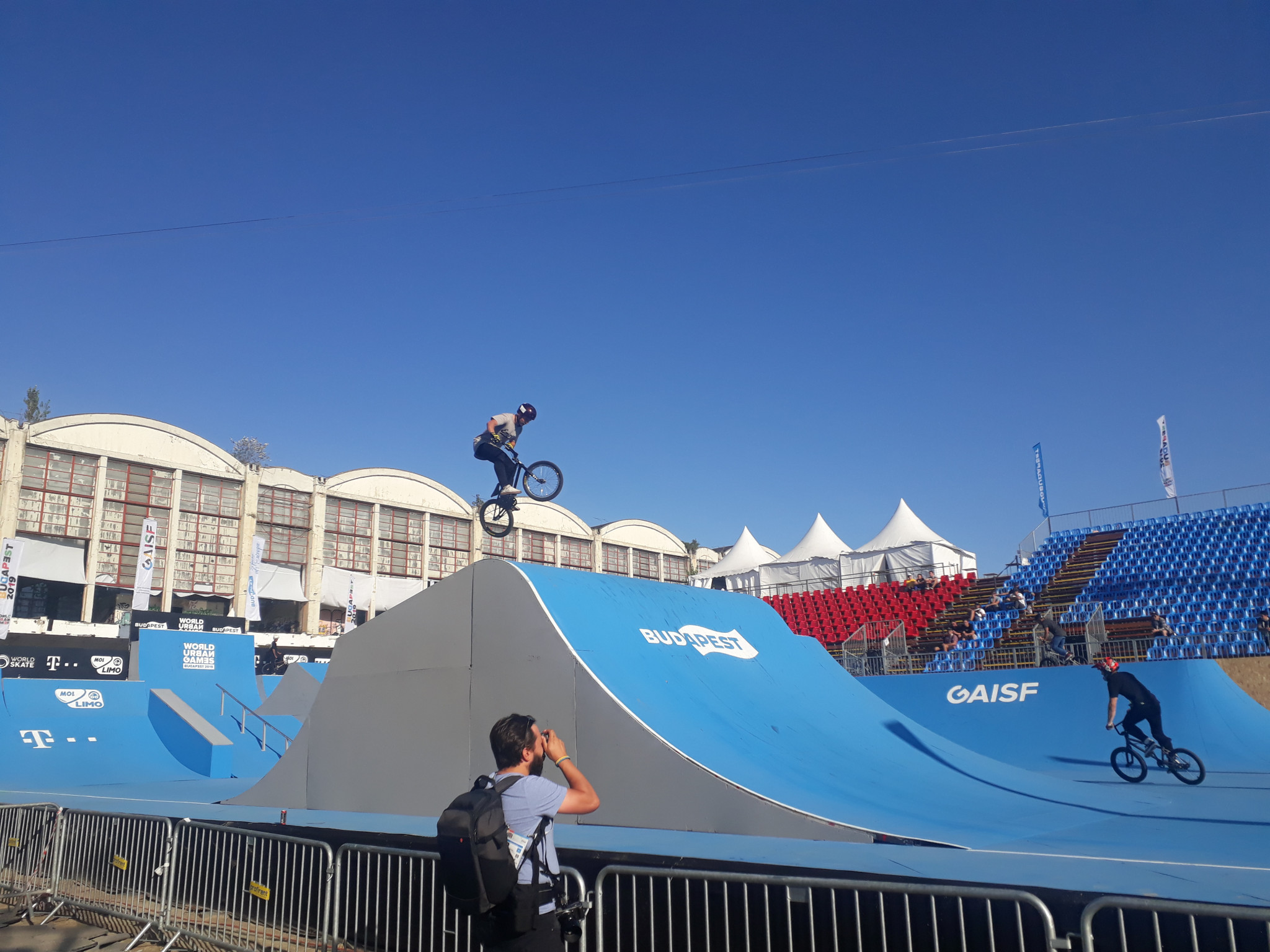 Budapest will have its latest audition as a potential future Olympic host city when it plays host to the first ever World Urban Games, under the auspices of the Global Association of International Sports Federations (GAISF).

Around 300 athletes from five continents are set to compete.

GAISF say the event will feature the world number one athlete in every discipline and have promised a competitive field in each sport.

Britain’s Joe Atkinson is the top athlete heading into the roller freestyle event, fresh from winning gold at the World Roller Games in Barcelona.

The breaking competitions will feature 16 of the top athletes in both the men's and the women’s competitions.

Aleksandra Shevchenko from Russia, who won gold at the Parkour Freestyle World Cup in France earlier this year, will also be among the competitors in Budapest.

World number one flying disc freestyle athlete Ryan Young from the United States will feature in the men's competition, while Germany's Ilka Simon, the top ranked female athlete, will be in action.

The 3x3 basketball event will also act as the FIBA U23 3x3 Nations League Finals.

Competition starts tomorrow and runs until Sunday (September 15) at the Nagyvásártelep, or Big Market, located within 15 minutes of the city centre, close to the River Danube.

The venue has been regenerated for the Games, with organisers claiming the graffiti-covered market hall's urban feel will provide the perfect location.

The Games also provide the Hungarian capital with an opportunity to prove it can host a successful multi-sport event, following the failed bid for the 2024 Olympics.

Los Angeles had originally been due to host the World Urban Games, but the host city was changed in March when GAISF said Budapest's proposed sports programme was "more in line" with their vision.

A contract had not been signed with Los Angeles, allowing the change.

Budapest will also host the 2021 edition if they choose to take up their contract with GAISF, and have until March next year to make their decision.

The first day of competition on Friday features preliminary rounds in many of the sports, with finals spread over Saturday and Sunday as organisers are keen that none of the medal events in any of the six sports should clash with each other.

The women's roller freestyle will be the first final decided, on Saturday lunchtime, followed by the men's event, with the flying disc final and women's parkour freestyle in the afternoon, with the breaking and men's parkour speed event culminating in the evening.

On Sunday, the BMX and remaining parkour finals take place during the day, with the 3x3 basketball medal matches rounding off a packed weekend of sport.

Live blog coverage of all three days will be provided by insidethegames, along with full reports, picture galleries and the latest news from Budapest.