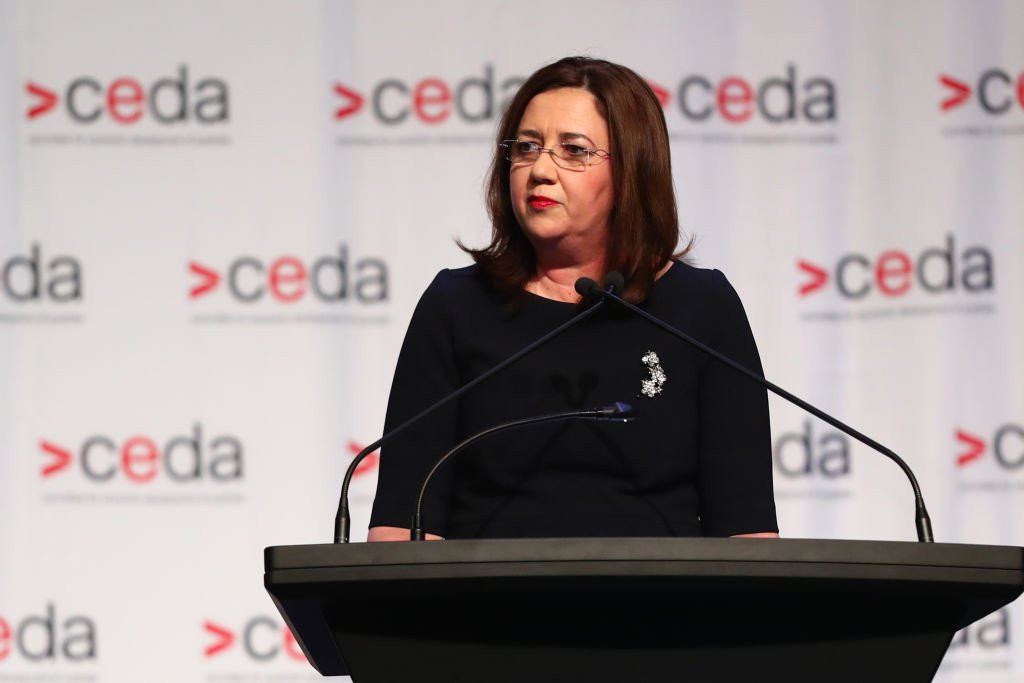 Queensland Premier Annastacia Palaszczuk has defended her trip to Switzerland to promote Queensland's bid for the 2032 Olympic Games, after being criticised for leaving Australia as bush fires ravaged the region.

Palaszczuk cut short her visit to the International Olympic Committee headquarters in Lausanne to return to Queensland, as thousands of residents were forced to flee their homes.

After meeting with fire crews, she told Australian broadcaster Seven Network she could not send anyone in her place.

She added: "I had to do my job and as soon as I could leave I left and came straight back.

"When I left here I was thoroughly briefed, the communities were calm.

"I did not know that people were going to light illegal bush fires."

Police in Queensland claim two adults and 13 teenagers were held in relation to a number of fires in the region, with almost 70 fires taking hold of the area.

Palaszczuk warned that high winds and temperatures up to eight degrees hotter than usual could cause further problems next week and urged parents to talk to their children about the potential consequences of starting fires.

Police allege that a blaze on the Sunshine Coast was deliberately lit by a teenage boy and girl, subsequently charged with endangering property by fire.

During the visit to the IOC, Australian Olympic Committee President John Coates said a new 80,000-seater stadium would not be needed for Queensland's potential bid for the 2032 Olympic and Paralympic Games.

The delegation presented a united Queensland bid for the 2032 Olympics and Paralympics, which Australian officials claim is backed by all levels of Government, during the meeting in the Olympic capital.

The Queensland candidacy would be built around Brisbane being the main Games hub, while events would also take place in Gold Coast, which hosted the 2018 Commonwealth Games, and Townsville.

Competitions could also be held in Logan City, the Whitsunday Islands and Cairns.