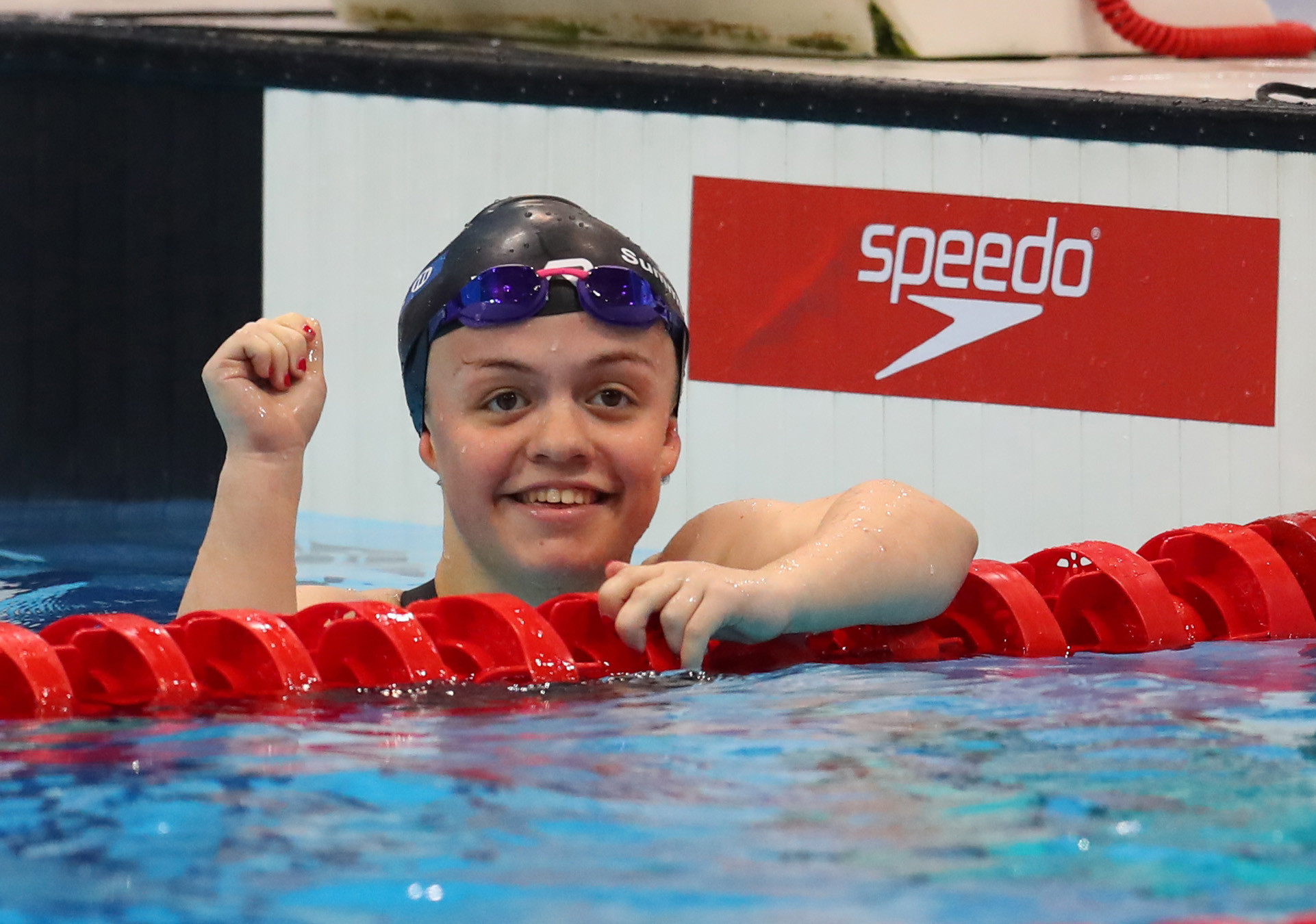 Summers-Newton lowered her own world record, set at the World Para Swimming World Series in Glasgow in April, by more than half a second, claiming women's SM6 200 metres medley gold in 2min 57.24sec.

Ukrainian Yelyzaveta Mereshko took silver in 3:00.83, as Lingling Song collected bronze for China in an Asian record of 3:03.01.

In the men's SB14 100m breaststroke final, Yamaguchi was equally as impressive, becoming the first man to duck under 65 seconds.

He touched home in 1:04.56 for gold as former world record holder Scott Quin of Britain was pushed into silver in 1:05.46.

Marc Evers from The Netherlands secured bronze in 1:07.03.

The world records continued to tumble in the women's SB11 100m breaststroke final, with Jia Ma clinching gold in 1:22.36.

Liesette Bruinsma from The Netherlands claimed silver in 1:25.59 as the bronze medal went to Yana Berezhna of Ukraine in 1:27.50.

THIS. IS. UNREAL.
Nobody could have imagined this! @SBarlaam 🇮🇹and Frederico Morlacchi 🇮🇹 finish top of the podium - sharing GOLD 🥇#London2019 #ExperiencetheExtraordinary pic.twitter.com/vBqFR3Z4dK

Efrosinin set a European record in 1:16.55 as Australian Blake Cochrane earned bronze in 1:18.06.

There was a third gold in three days for Britain's Alice Tai as she held off American Jessica Long's scintillating finish in the women's S8 100m butterfly.

Tai topped the podium in a championship record 1:09.72, as Long collected her 40th world and Paralympic medal just 0.02 seconds behind.

A third British victory of the evening came courtesy of Louise Fiddes in the women's SB14 100m breaststroke final.

Alonso Morales clocked 1:13.49 for silver as Debora Carneiro of Brazil and Valeriia Shabalina swam a dead heat and a bronze medal apiece in 1:17.52.

Italian team mates Federico Morlacchi and Simone Barlaam produced the most dramatic race of the day, in the men's S9 100m butterfly final.

Barlaam had already won two titles in London and made it three at the Aquatics Centre with a dead-heat for gold.

A rarity in swimming, Barlaam and Morlacchi both made the top step on the podium in 1:00.36, as Alexander Skaliukh from Russia took bronze in 1:01.01.

No silver medal was awarded.