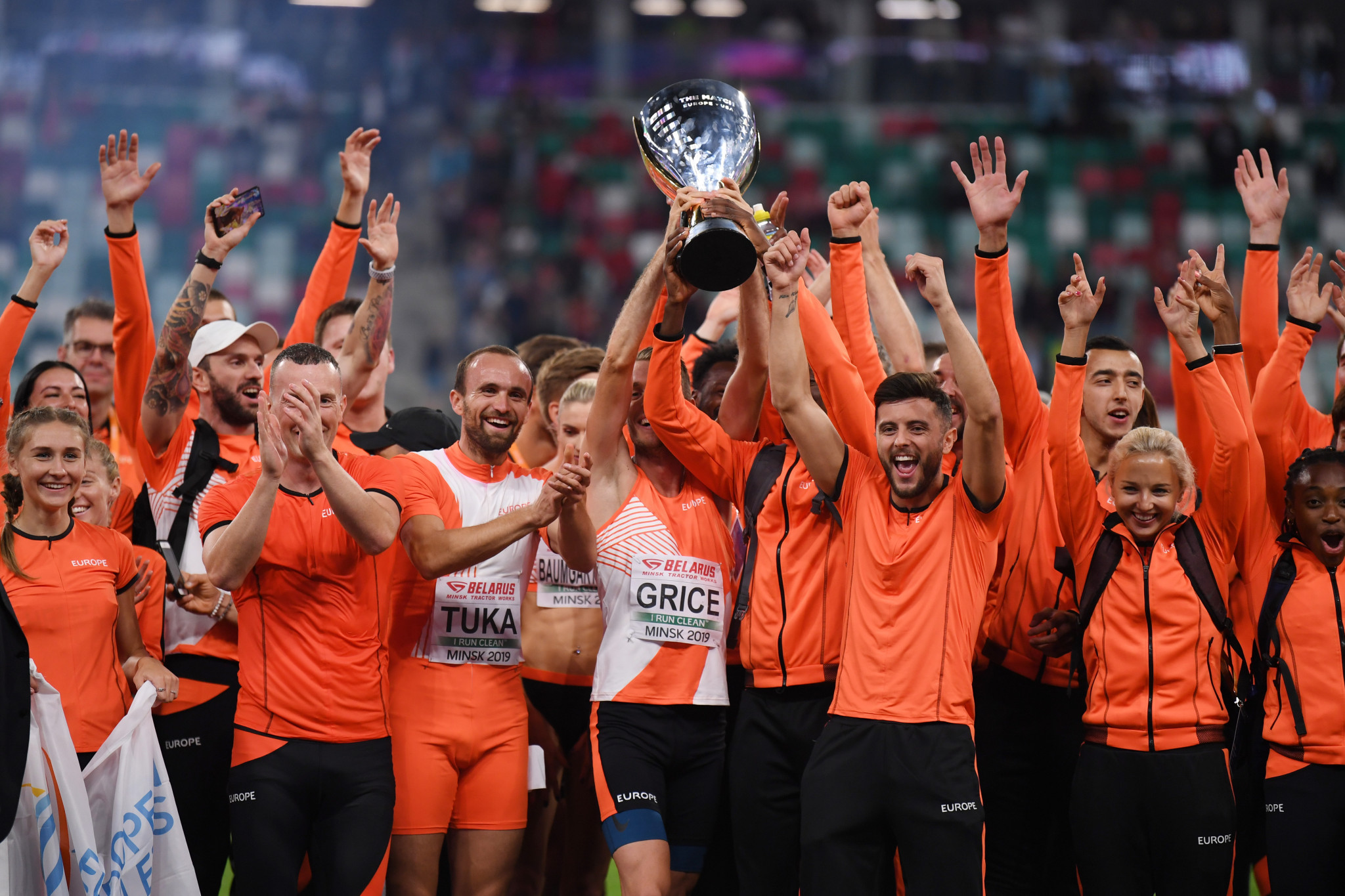 Having held a 328-312 lead from the first 18 events on day one, Europe pressed home their advantage in the remaining 19 to prevail 724.5-601.5 at the Belarusian capital's Dinamo National Olympic Stadium.

Among their winners today was the quartet of Germany's Patrick Domogala and Jessica-Bianca Wessolly, Poland's Iga Baumgart-Witan and Bosnia and Herzegovina's Amel Tuka in the event-concluding mixed 4x400 metres relay, due to make its Olympic Games debut in Tokyo next year.

They clocked a time of 3min 21.13sec to deliver nine points for their team.

There was also success for world champion Johannes Vetter of Germany in the men's javelin, with a season's best throw of 90.03m.

Levchenko managed seven first-time clearances from 1.87m all the way through to a lifetime best of 2.02m, while Duplantis led a European one-two-three-four finish with a mark of 5.85m.

And here is how things played out on day two at #TheMatch.

In the men's 200m, reigning world and European champion Ramil Guliyev of Turkey was in unstoppable form for Team Europe, winning by 0.5 seconds from his team mate Eseosa Desalu of Italy in 20.16.

The Match, billed as the inaugural version, was agreed between European Athletics and USA Track & Field in December 2018, marking the first international contest between the two since the 1960s.

Competition took place at the renovated Dinamo National Olympic Stadium that hosted the DNA format athletics events, plus the Opening and Closing Ceremonies, at the second European Games in June.

The stadium played host to a similar dual nation event in 1973, when teams from the Soviet Union and the United States met, with the overall victory going to the hosts.

This is the last major event on the athletics calendar before the International Association of Athletics Federations World Championships in Doha.

They are scheduled to take place from September 27 to October 6.