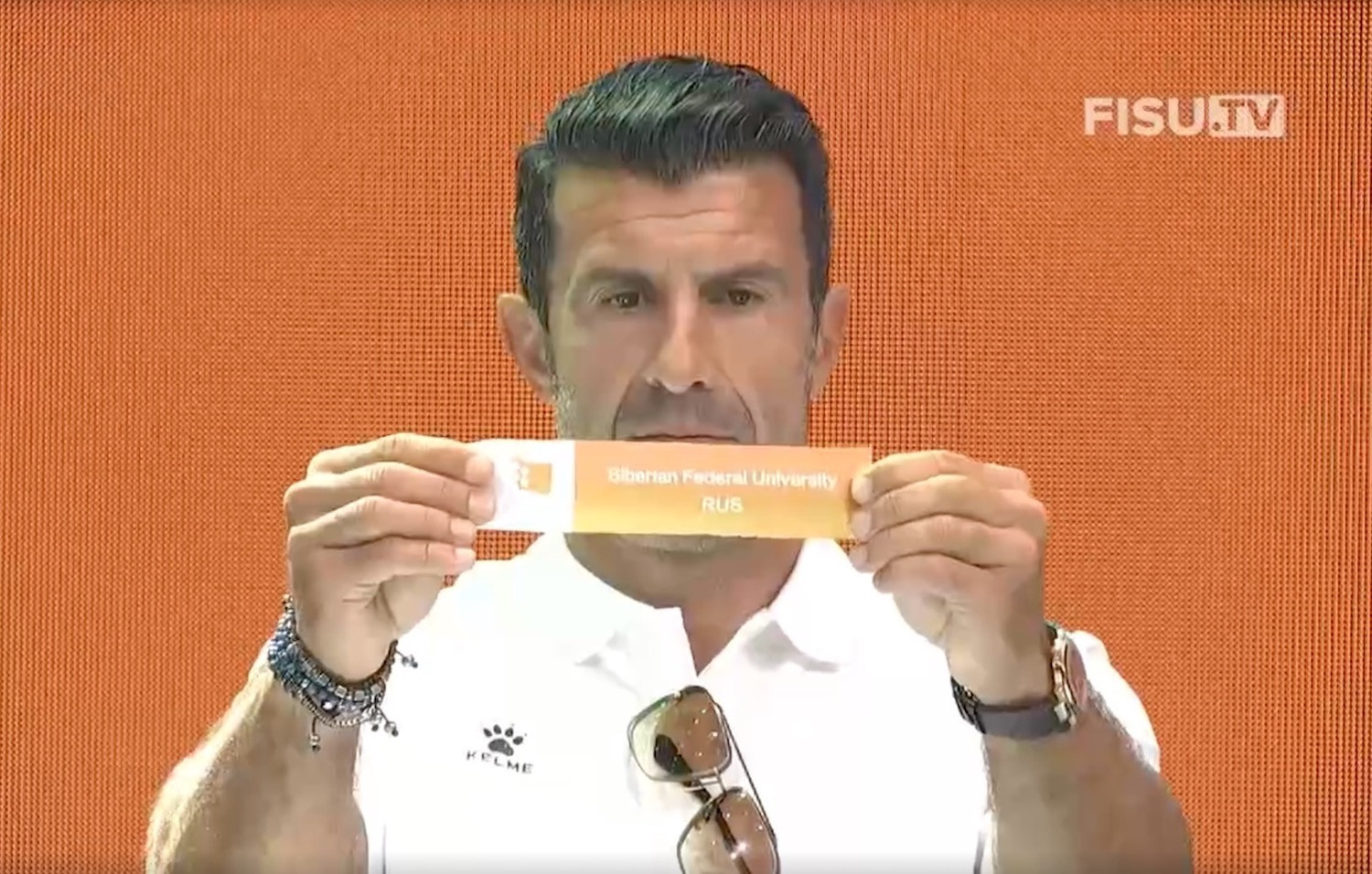 For the 16 men's and eight women's teams in the field, it will be a first glimpse of what they will be up against when competition begins in the Chinese city on November 21.

The host teams in both the men's and women's fields – Taiyuan University of Technology and Beijing Normal University, respectively – will automatically be placed in Pool One.

The teams will be allocated to four groups of four teams each in the men's draw, and two groups in the women's draw.

"On September 11, Jinjiang will hold the team draw ceremony for the first-ever Kelme 2019 FISU (International University Sports Federation) University World Cup Football," Figo, who won the 2000 Ballon d'Or and 2001 FIFA World Player of the Year award, announced a day ahead of the draw.

"Let us meet in Jinjiang and cheer for university football."

FISU claims the University World Cup is an exciting new format in football, as it brings together the best university squads from around the world, rather than national teams.

It is a unique opportunity for participants to compete for the title of "University World Champion".

Portuguese ⚽️ legend @LuisFigo has an important message for you ahead of tomorrow’s University World Cup - Football team draws. #UniWorldCups

"I am confident that the FISU University World Cup Football will bring together the very best university football teams in the world."

Known as the South Gate of China, Jinjiang has prepared 14 venues for competition and training, including the Mountain Park Stadium, where the gold-medal matches will be held.

It prides itself on being a city of football.

The event in Jinjiang is an evolution of FISU's World University League, which was staged for four consecutive years from 2015 to 2018, exclusively in 3x3 basketball.

Both competitions will be known as the University World Cups from this year onwards.

The University World Cup 3x3 is scheduled for the Chinese city of Xiamen in October.

The draw ceremony will be streamed live on FISU.TV.