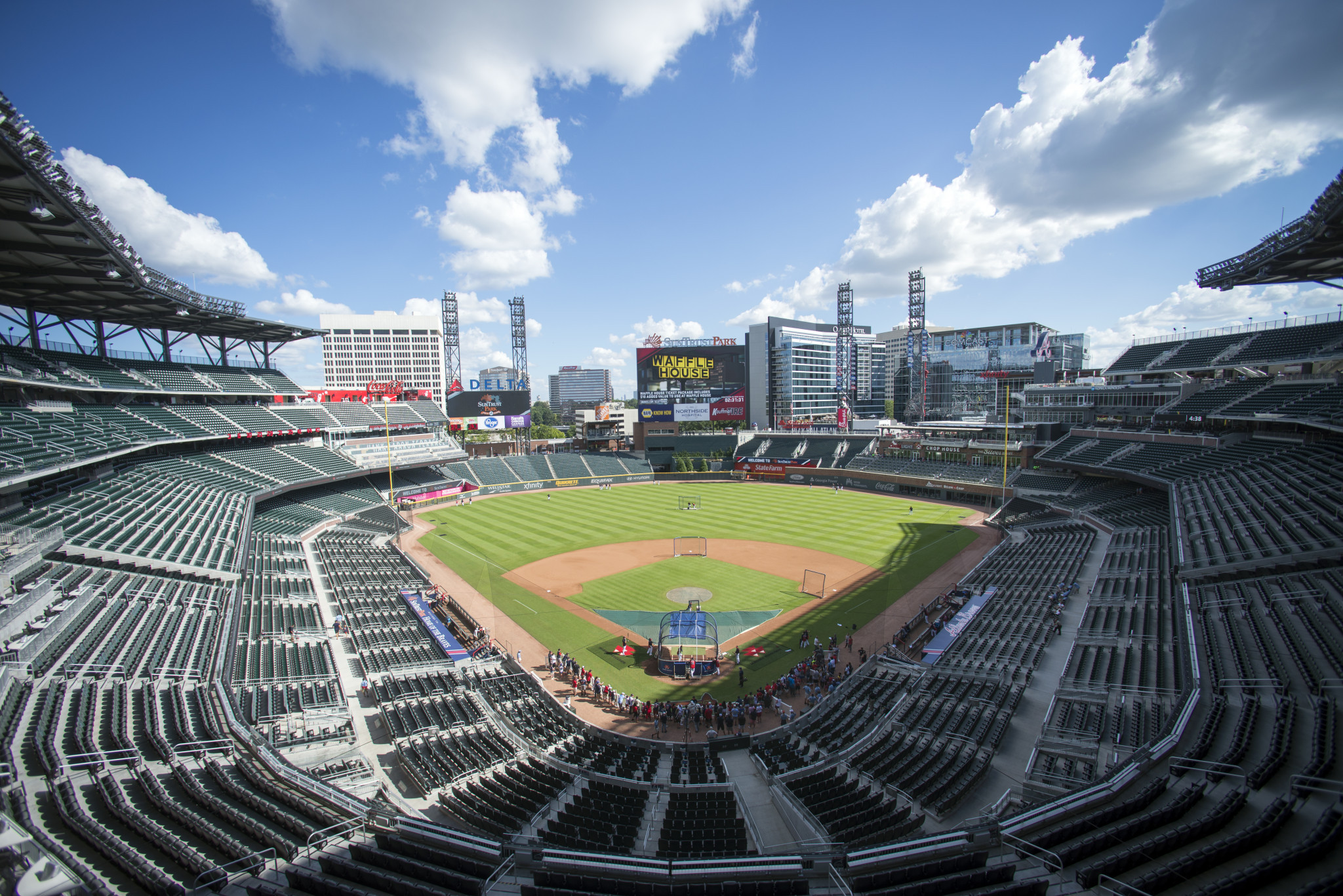 Men's and women's competition will take place in both freestyle skiing and snowboard on a ramp which will be constructed at SunTrust Park.

The World Cup will take place after the FIS struck a partnership with US Ski & Snowboard (USS) and Major League Baseball side Atlanta Braves, who play at the venue.

It will be the first event of its kind in Atlanta, the 1996 Summer Olympic host, and will take place over two days on December 20 and 21.

"The Visa Big Air at SunTrust Park will bring our sports out of the mountains and to the people in a major metropolitan area," said USS President and chief executive Tiger Shaw.

"We are very excited to have Visa as our title sponsor and to partner with the Atlanta Braves to continue to grow the fan-base of this exciting sport for our athletes, sponsors and the snow sports industry ahead of the 2022 Winter Olympics in Beijing."

The ramp for the World Cup will be a 15-story tall steel scaffold structure made of up to 29,000 pieces.

It will be covered by 800 tonnes of snow with an in-run of 40 degrees.

Speeds of up to 40mph will be possible as well as heights of up to 70 feet.

"We are proud to showcase SunTrust Park to a global audience as the host of this World Cup ski and snowboard event," said Derek Schiller, the Atlanta Braves President and chief executive.

"In collaboration with US Ski & Snowboard, SunTrust Park and The Battery Atlanta will provide an incredible venue for fans from around the region to witness this truly unique event.

"It's our privilege to host these world-class athletes."

The Atlanta competition will be the final leg of the Big Air World Cup season for both freestyle skiers and snowboarders.

Its addition to the calendar is a boost for the FIS who have been forced to cancel a Big Air World Cup in Düsseldorf for the last two years.

Competition was scheduled at Merkur Spiel-Arena in the German city on January 3 and 4 but was cancelled due to a clash with the Bundesliga football season.

The World Cup had already been postponed from the 2018-2019 campaign due to "insufficient time to realise the construction of the competition ramp" because of other events at the stadium, the home of Fortuna Düsseldorf.