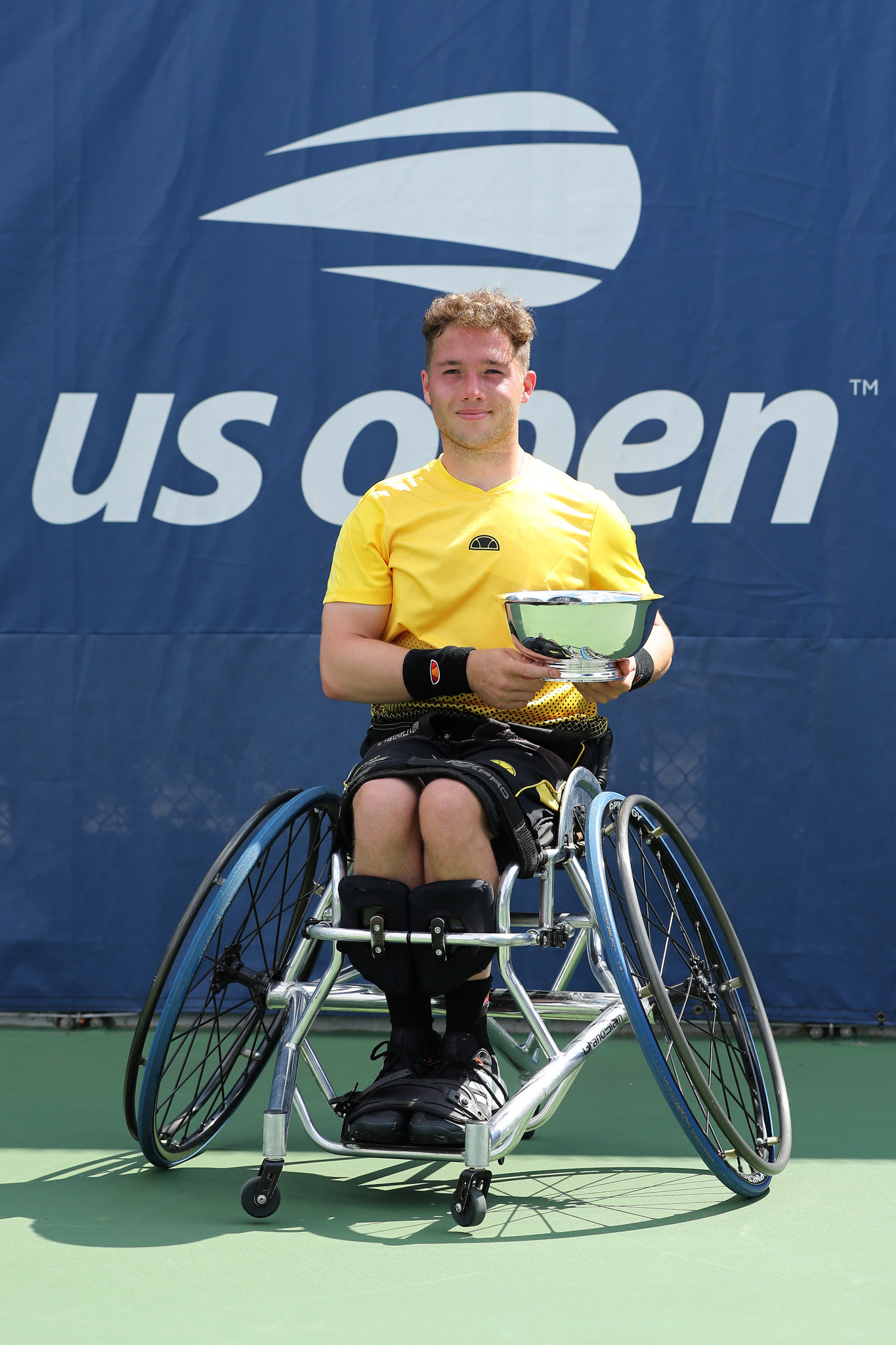 Britain's Alfie Hewett and Andy Lapthorne and Dutch player Diede de Groot all won a pair of titles each as wheelchair tennis action concluded at the US Open.

Hewett defended his men's singles crown at Flushing Meadows and won his third Grand Slam as he beat Frenchman Stephane Houdet 7-6, 7-6 in the final.

The 21-year-old then teamed up with compatriot Gordon Reid to win the men's doubles against Argentina's Gustavo Fernandez and Japan's Shingo Kunieda, 1-6, 6-4, 11-9.

This was the third victory in a row for the pair in New York.

"It's not been the year I would have hoped for, my ranking has dropped and my performances haven't been as high as they were.

"To go into this one having not had any warm-up tournaments and not dropping a set all week, it's something that I didn't think would actually happen.

"There's something about coming here every year, I just manage to find some of my best tennis."

Lapthorne won the men's quads title as he downed Dylan Alcott 6-1, 6-0 in the final, ending the Australian's bid for a calendar Grand Slam.

In the quads doubles, the two singles finalists teamed up to defeat Americans Bryan Barten and David Wagner, 6-7, 6-1, 10-6.

The Briton has now won the doubles three times in a row, with the previous two coming alongside Wagner.

"I'm a bit speechless, to be honest," said Lapthorne, who now has two singles Grand Slam titles after also winning the US Open in 2014.

"Congratulations to Dylan, he's had an amazing year."

She then won the doubles with fellow Dutch player Aniek Van Koot after a 6-2, 6-0 win over Sabine Ellerbrock of Germany and South Africa's Kgothatso Montjane.