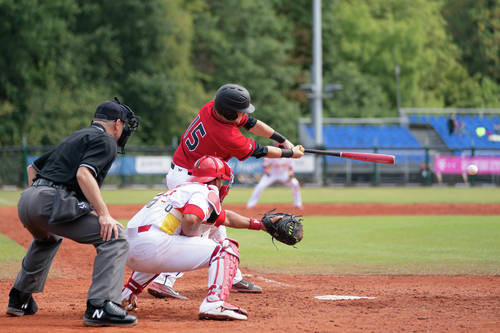 Defending champions The Netherlands fell to a shock defeat against the Czech Republic on day two of the European Baseball Championship in Germany.

The Dutch were cruising in a 10-0 lead against Britain yesterday in Group A before darkness fell and saw the Group A match suspended in Solingen.

They could not find the winning formula against the Czech team and fell to an 8-6 loss - just their fifth preliminary round defeat since they first competed at the European Championship in 1956.

The Dutch are fifth place in the group, with the top four progressing to the quarter-finals.

The Netherlands will be confident of reaching the last eight, however, with their game against Britain to be rescheduled and a further three round-robin clashes to be played.

Elsewhere, Israel made it two wins from two with a narrow 4-3 triumph against Sweden in Group A.

The Swedish sit bottom of the group after losing their opening two games.

The group's late match pits Germany edged past Britain on a 1-0 scoreline, having enjoyed a 9-1 win against Sweden yesterday.

In Group B, Spain maintained their unbeaten start with a 13-5 victory over Belgium in Bonn.

Italy needed a 10th inning to overcome the Croatian challenge before eventually securing a 2-1 win.

It was a second victory in two days for Italy and followed their crushing 16-2 triumph against France.

France bounced back from that loss to defeat Austria 12-6.