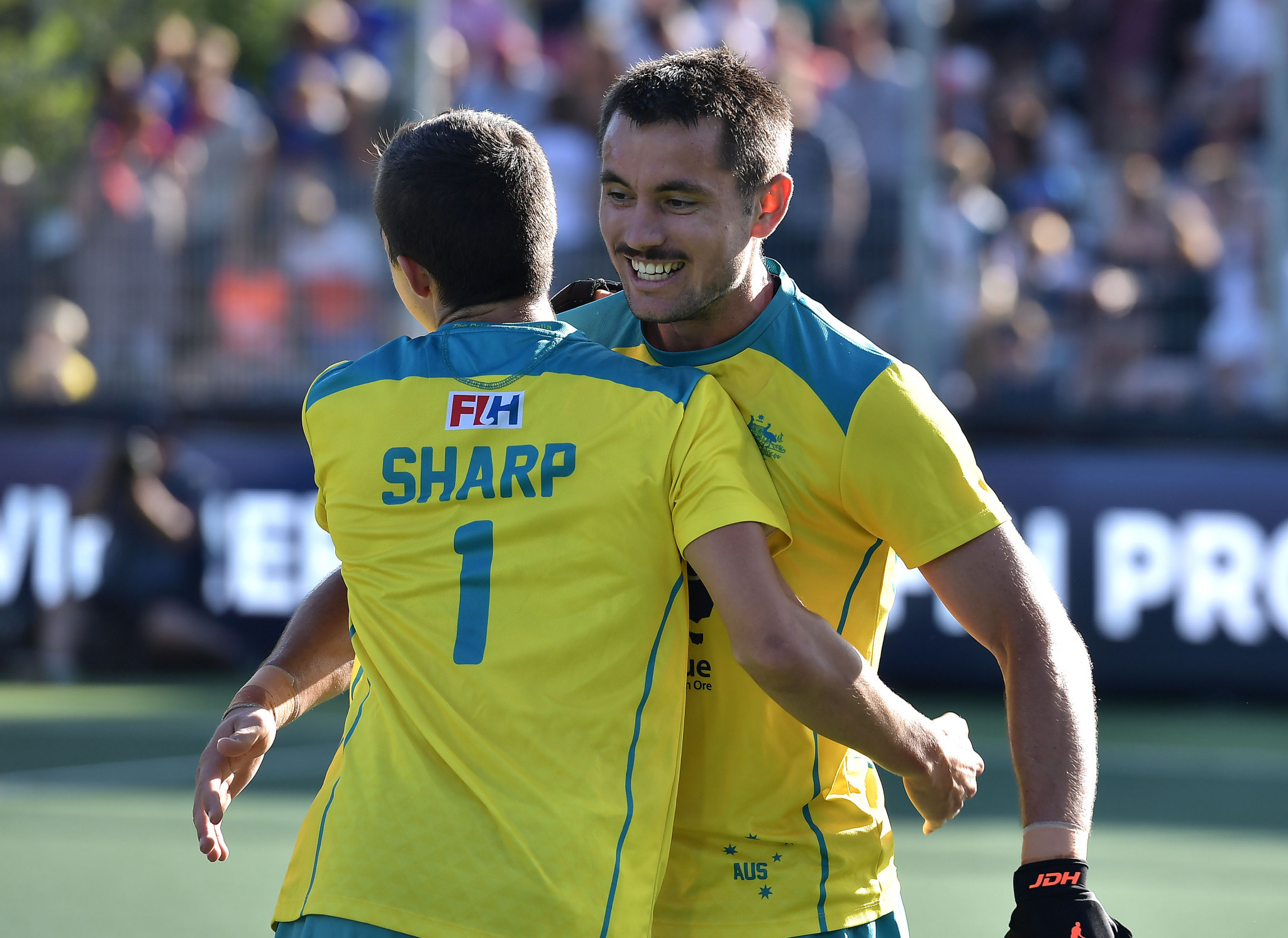 Australia are on the brink of qualification for the Tokyo 2020 Olympic Games as their women’s team pegged back Commonwealth champions New Zealand with one round of matches left between the two nations at the Oceania Hockey Cup.

Having won their opening match at Rockhampton against New Zealand 4-0, the hosts and world number one men’s side followed up with a 2-2 draw in the second of their three scheduled matches to decide who goes through to Tokyo 2020.

Blake Govers and Tom Whickham gave Australia a 2-0 lead within 24 minutes, but New Zealand responded with goals from Jacob Smith and Kane Russell to keep their chances of winning the automatic Games spot mathematically open.

Australia have four points to New Zealand’s one, and the latter side must now win the final game tomorrow by at least the margin of their opening defeat to keep their hopes alive.

The Hockeyroos have snatched the win on the final whistle to upset the Vantage Black Sticks Women in game two of the Oceania Cup.

The third match will be live at 6pm tomorrow evening to decide who will take the Oceania Cuphttps://t.co/0yLjhXbSrV

In the women’s second match, Australia reversed their opening 3-1 defeat by New Zealand, winning 3-2 to set up a winner-takes-all match tomorrow.

Brooke Peris restored the home side’s lead in the 43rd minute, only for New Zealand to draw level again through Ella Gunson.

But when Renee Taylor added a third goal for Australia on the hour, there was no response.

The men’s and women’s winners of these three-match series will earn an automatic place at next year's Olympics in Japan's capital, while the losers go into the draw for the International Hockey Federation (FIH) Olympic Qualifiers.

The draw is scheduled for next Monday (September 9), following the conclusion of competition in the Australian city.

The FIH Olympic Qualifiers are set for between October 26 and November 3, with seven men's and seven women's teams booking their place at Tokyo 2020 from the 14 two-legged ties staged across the globe.