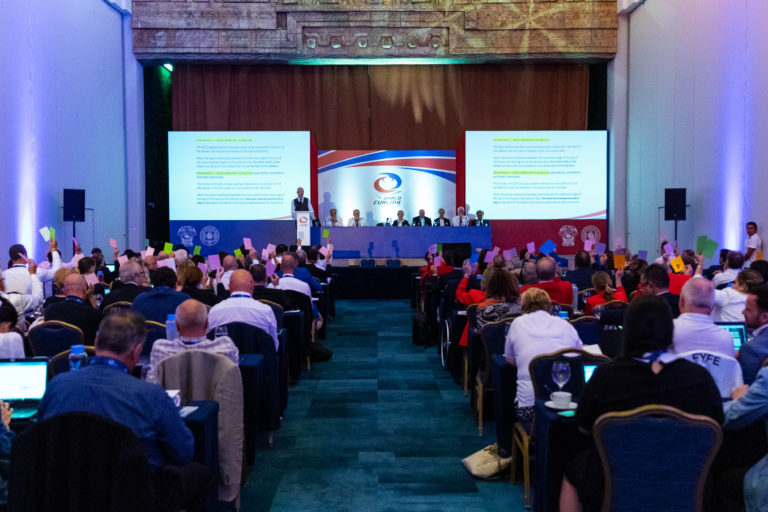 The World Curling Federation (WCF) will begin a two-year project to review the length and pace of matches at elite events, but postponed a decision on whether to reduce games to eight ends.

The topic was the main theme discussed at the WCF Annual General Assembly in Cancun.

Member Associations of the WCF gave the green light to beginning their “Maximising the Value” project at the meeting.

It is hoped potential changes to enhance the game will be brought to the organisation’s Congress in 2021.

The review comes as a result of Member Associations views on the potential reduction of the number of ends from 10 to 8.

The governing body claim opinions are evenly split, adding that the introduction of mixed doubles at the Winter Olympics has heightened the discussion around the pace, as well as the length, of games.

A proposal had been put forward by a Member Association to take immediate action, which would reduce the number of ends in 10-end championships to eight, but it was postponed and will be considered again in 2020.

"It has been a very productive World Curling Congress and Annual General Assembly and I am pleased that we can get to work on our Maximising the Value project and new Forward Plan,” said Kate Caithness, WCF President.

"By doing this, we want to ensure that any decisions taken enhance the future health of our game for our athletes and Member Associations.

"In the coming years I am excited to see how the project develops and how our considerations adapt in light of the knowledge we gather.

"As ever, it has been a pleasure to meet with our Member Associations over the past few days and make progress with new competition formats and future development projects, such as the World Curling Academy.”

Two elections also took place at the Congress, with both candidates standing unopposed.

Norway’s Bent Ramsfjell was confirmed as the World Curling vice-president Europe, while Japan’s Toyo Ogawa was elected as a board director.

Both officials will remain in their posts until 2023.

Next year’s Congress will be held in Saint Petersburg.

The event will be held from September 4 to 6 in the Russian city, with the Annual General Assembly taking place on the final day.