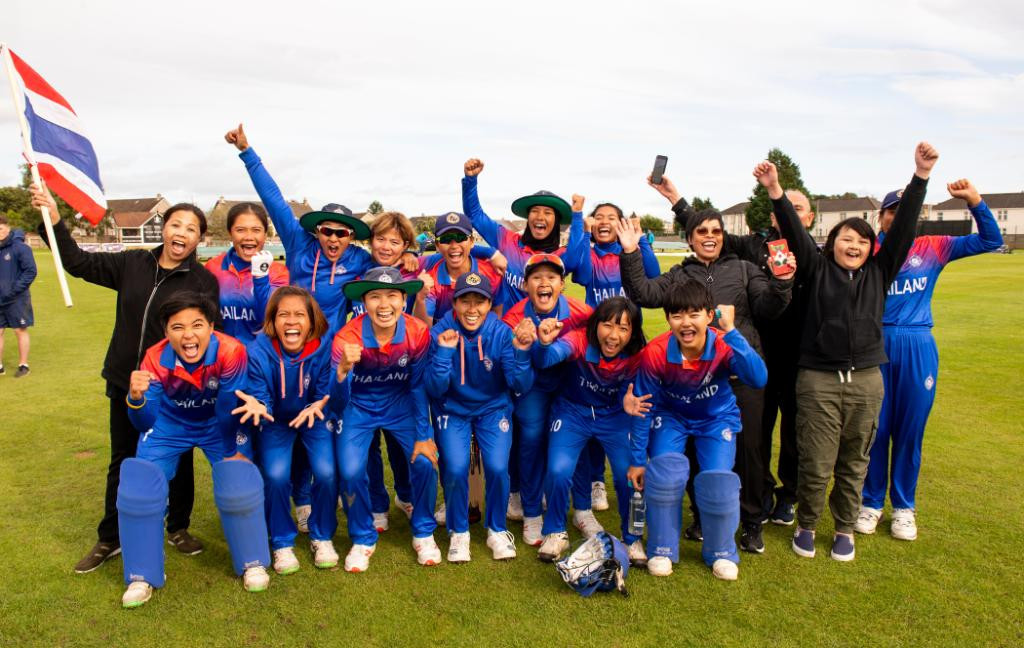 Bangladesh and Thailand have both qualified for the 2020 International Cricket Council (ICC) Women's T20 World Cup after reaching the final of the global qualifier in Scotland.

Thailand's eight-wicket semi-final win over Papua New Guinea at Forfarshire Cricket Club in Dundee means they will compete at the event for the first time next year, when Australia plays host.

They restricted their opponents to 67/7 and achieved their target after 17.3 overs.

Naruemol Chaiwai top scored for Thailand with 32, while Nattakan Chantam's 18 and an unbeaten 16 from Nannapat Koncharoenkai ensured their team got over the line.

It came after Bangladesh claimed a four-wicket victory over Ireland at the same venue.

Bangladesh scored 86/6 to win with nine balls to spare, after Ireland were bowled out for 85.

The moment Bangladesh secured qualification for the #T20WorldCup! pic.twitter.com/kN5SKKRDwD

They were led by Sanjida Islam, whose unbeaten 32 off 37 balls saw his team home.

Fahima Khatun led the bowling attack for Bangladesh, taking three wickets for the loss of 18 runs.

The Netherlands and hosts Scotland advanced to the fifth-place play-off.

The Dutch beat the United States by nine wickets, while Scotland defeated Namibia by 10 wickets at Arbroath Cricket Club.

The US and Namibia will contest the seventh-place play-off.

Action in Scotland concludes on Saturday (September 7), with the final being preceded by the third-place play-off between Ireland and Papua New Guinea, as well as the contests to determine the fifth- and seventh-place finishers.