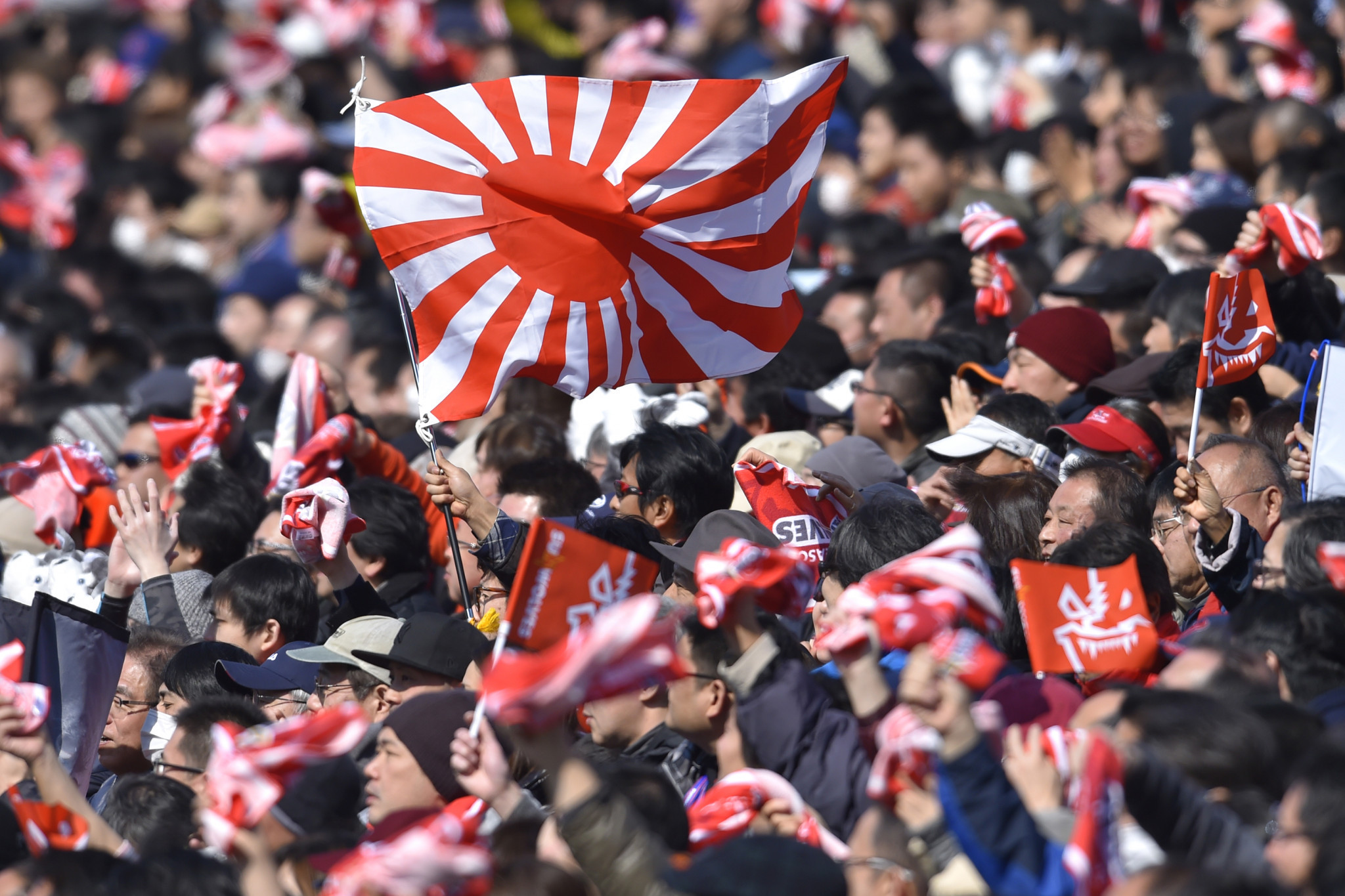 South Korea has called on Japan to ban the country's Rising Sun Flag at Tokyo 2020 after claiming it represents a "militaristic and imperial past".

The flag is still used in Japanese society but is seen by some overseas as a symbol of their aggression during the Second World War.

Tokyo 2020 organisers have confirmed to insidethegames that they will not be banning the flag, however.

"The rising sun flag is widely used in Japan; and it is not considered to be a political statement, so it is not viewed as a prohibited item," a spokesman said.

The Korean Paralympic Committee has also reportedly requested that the Tokyo 2020 Paralympic medals be redesigned as they resemble the Rising Sun.

Japan conquered large parts of Asia before and during the Second World War, including the entire Korean peninsula, before their surrender in 1945.

"The Japanese know full well that their neighbours regard the Rising Sun Flag as a symbol of Japan's militaristic and imperial past," said South Korean Foreign Ministry spokesman Kim In-chul, according to Korean media.

"Japan needs to be more humble about owning up to its historical legacy.

"The Government will work with related ministries to correct the matter."

Staff from the Korean Sport and Olympic Committee (KSOC) have reportedly met with Japanese counterparts to lodge an official complaint.

On August 15, South Korean protesters tore up a huge Rising Sun Flag during a rally marking the anniversary of the country's liberation.

Seo Kyung-duk, a professor at Sungshin Women's University in South Korea, told The Korea Bizwire that the flag should be treated the same as the hakenkreuz – the swastika symbol used by Nazi Germany.

The controversy can, however, be seen in the wider context of an ongoing diplomatic dispute between Japan and South Korea.

A goods war has developed between the historical rivals, with both countries restricting the other's products in a series of retaliatory measures.

The Koreans have also expressed concerns about food from Japan's Fukushima region being served during Tokyo 2020.

Fukushima was struck by one of the worst natural disasters ever to hit Japan, in 2011, when a devastating earthquake and tsunami caused an accident at a nuclear power plant.

Both Tokyo 2020 and the International Olympic Committee (IOC) have been keen to promote the Games as a tool which could help with the region's recovery.

Baseball and softball matches will be staged there and Fukushima Prefecture will host the start of the Japanese leg of the Torch Relay.

Produce from Fukushima has been served at official events, including IOC Coordination Commissions, but KSOC have claimed they are worried about contamination.

They have also threatened to review their pre-Tokyo 2020 training camp plans due to fears over "radioactivity".

Further tension has been felt over the appearance of a disputed territory on the official Tokyo 2020 Torch Relay map.

The map on the official website for next year's Games includes the Liancourt Rocks, which are governed by South Korea but claimed by Japan.