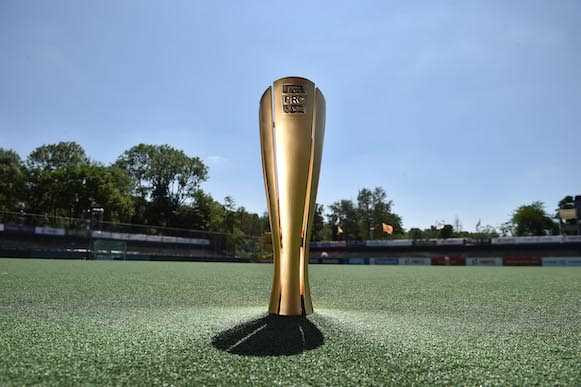 The International Hockey Federation (FIH) has confirmed the match schedule of the second edition of the FIH Pro League, which includes 144 matches.

The opening match will oppose China and The Netherlands in the women's event on January 11 2020, while a European duel between neighbours Belgium and The Netherlands, in the men's and women's competitions, will conclude the season on June 28, 2020.

The schedule was approved in April by the FIH Executive Board, upon recommendation from the national associations participating in the FIH Pro League.

As announced earlier this year, the 2020 edition welcomes another powerhouse of international hockey, with India joining the men’s competition.

They will open their campaign against The Netherlands on January 19.

We just announced the match schedule for the #FIHProLeague 2020.
Now, hear our CEO Thierry Weil sharing more insights on the match schedule, welcoming @thehockeyindia in the league and what is in store for all the fans. pic.twitter.com/2OgeJdJFri

"After a successful start of our very first global home and away league, we’re looking forward to pursue the growth of the FIH Pro League," FIH chief executive Thierry Weil said.

"This new match schedule enables to reduce by half the travel of the teams compared to last year, therefore decreasing costs for teams, benefiting athletes' welfare and reducing the impact on the environment.

"We welcome India, a great addition to the League.

"I invite all hockey fans, but also all those who have not had the chance to experience a hockey match yet, to go to the stadiums, see hockey at its best and enjoy the spirit of our sport."

India's men's team captain Manpreet Singh expressed his side's excitement following the announcement of the schedule, telling Scroll.in: "The league provides a great opportunity to play against top teams in the world and we expect all the matches to be challenging."