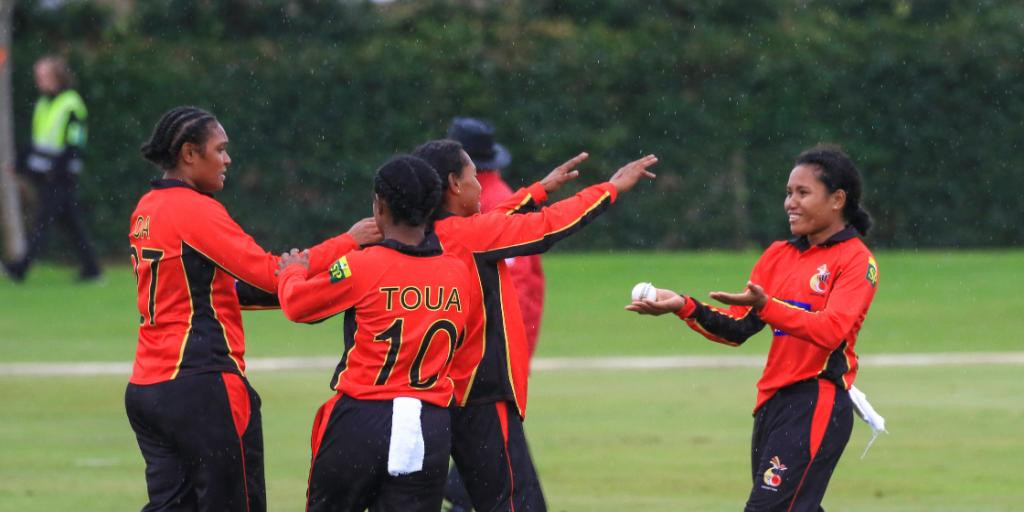 Bangladesh and Papua New Guinea both qualified for the semi-finals of the International Cricket Council (ICC) Women's T20 World Cup Qualifier, with hosts Scotland crashing out.

They claimed Group A victories over Scotland and the United States, respectively, both by the Duckworth–Lewis–Stern method on another rain-affected day.

Unbeaten Bangladesh go through to the last four as table toppers and will face Group B runners-up Ireland for one of the two places on offer at next year's ICC Women's T20 World Cup in Australia.

Papua New Guinea qualified as second-place finishers and will go up against Group B winners Thailand.

They set a winning target of 105 from their 17 overs, but this was revised to 63 runs from eight overs due to the rain.

Scotland could only manage 49 and were therefore eliminated, following Papua New Guinea's victory over the US by 22 runs at Arbroath Cricket Club.

This is how Group B finishes.

Thailand and Ireland are both one win away from a spot at next year's #T20WorldCup! pic.twitter.com/hsrquk3MIo

Thailand finished top of Group B after defeating Ireland by a slender two runs in a match reduced to 17 overs due to rain.

With both teams having won their first two games and already secured their places in the semi-finals, it was Thailand who edged the decider.

A strong effort with the ball from Ireland limited their opponents to 92/7, but they fell agonisingly short of their target having needed eight to win off the last over with two wickets in hand.

The other match in Group B saw The Netherlands overcome Namibia by six wickets to ensure a third-place finish.

Following a rest day tomorrow, the semi-finals are on Thursday (September 5).

There will also be play-off matches between The Netherlands and the US, and Scotland and Thailand to determine who will play in the fifth- and seventh-place play-offs.