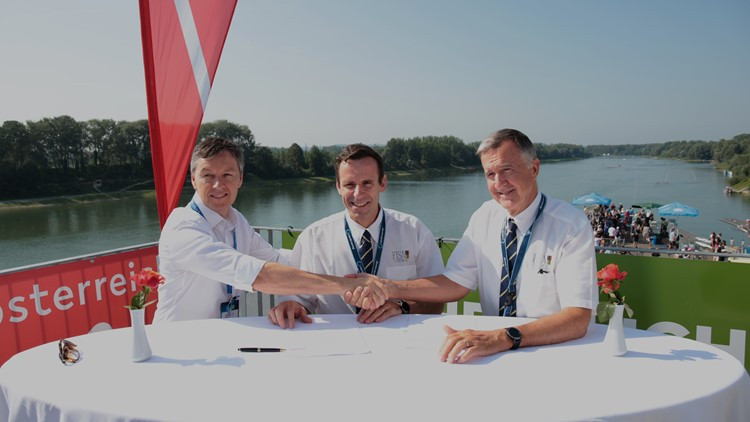 World Rowing (FISA) has announced an extension to its Clean Water partnership with the World Wide Fund for Nature (WWF) in a joint effort to reduce water pollution.

The world's oldest sporting federation made the announcement during its annual Congress conference in Linz, a day after the World Rowing Championships concluded in the Austrian city.

The partnership with the world's largest independent conservation organisation has been extended to run until 2024 after eight years of collaboration to raise awareness of the need for action to provide clean water for people and nature.

“WWF is proud to partner with World Rowing, which has been a champion of not just clean water but sustainability within the sporting world, demonstrating the critical role that sports bodies can play in safeguarding the world’s resources for people and nature,” said Stuart Orr, WWF leader of freshwater practice.

“Just as rowers can only triumph by pulling together, FISA and WWF will achieve far more through this partnership than we could alone.”

FISA claim around 1.8 billion people are still relying on contaminated sources for their drinking water, making the partnership more critical than ever.

Through the partnership the organisations aim to inspire the global rowing community to take action on critical freshwater issues, particularly supporting efforts to protect and restoring clean flowing rivers.

“FISA is committed to working with WWF, all our national federations and the world’s rowers to help ensure clean water for all,” said FISA President Jean-Christophe Rolland.

Goodbye from Linz-Ottensheim! Thank you to all the athletes, fans, officials and volunteers!

"The world’s rowers support this campaign because clean water is vital for our sport, but mainly because they know that polluted water resources are a matter of life and death – and that they can help to make a difference.”

WWF and World Rowing are also collaborating to build a River and Rowing Centre (KRRC) on the banks of the Kafue River in Zambia.

The KRRC is expected to establish a regional hub where communities, scientists, conservationists and decision-makers will come together to better understand, manage, sustainably use and enjoy the freshwater resources.

It will become a permanent base for the development of rowing and sport in Zambia, with outreach to other southern African countries.

The scheme calls on sporting organisations to acknowledge the contribution of the sports sector to climate change and their responsibility to strive towards climate neutrality for a safer planet.