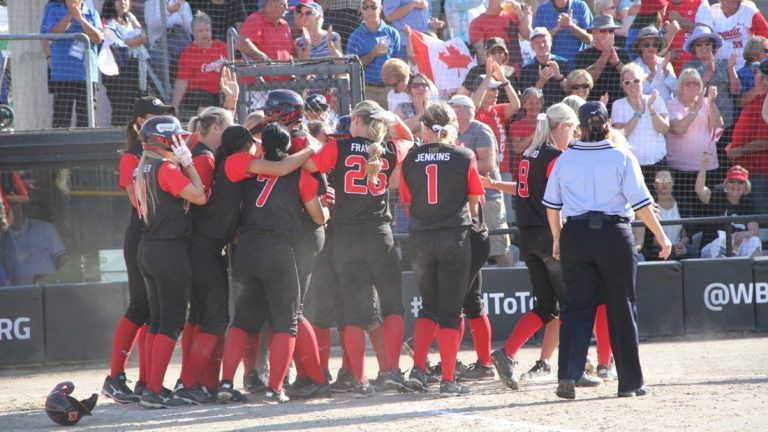 The clash with the South Americans at Softball City in Surrey was a straight shoot-out to decide who would take the second spot available at the Games from the event, after Mexico booked their place yesterday.

In the end it was a comfortable win for the home side who completed victory inside five innings as the super round phase of the tournament concluded.

Beijing 2008 Olympian Kaleigh Rafter sealed the success with a walk-off home run to send Canada to their fifth Olympic Games.

"The reality is that for most of the players it probably will be the only opportunity to go to the Olympics, so I think it's especially sweet for them," said Canada's head coach Mark Smith.

"And for the older ones it is the chance to go back and make right the experience they had 12 years ago, that didn't go the way they hoped.

"I know how hard they've worked, I know the time they've put in, and I know the personal sacrifices they've made.

"We have proved ourselves to be legitimately one of the top powers in the world.

"And our stats this week proved that, we have given up only two runs in the tournament, and that two runs cost us a ball game, but when you look at our stats offensively, defensively, they have proven that they are as good as anybody in the world."

Mexico, who beat Canada 2-1 yesterday to book their Tokyo 2020 spot, were confirmed as tournament winners as they beat Cuba 7-0 to top the super round group.

The win meant they ended the event with a 100 per cent record.

Women's softball, as well as men's baseball, will return to the Olympic stage in Tokyo after the sports were axed following Beijing 2008.

However, they have not been put forward for inclusion at Paris 2024.

Canada lost in the semi-finals in Beijing and have never reached the podium.

One more place is available through the Asia-Oceania qualifier which begins in Shanghai on September 24.