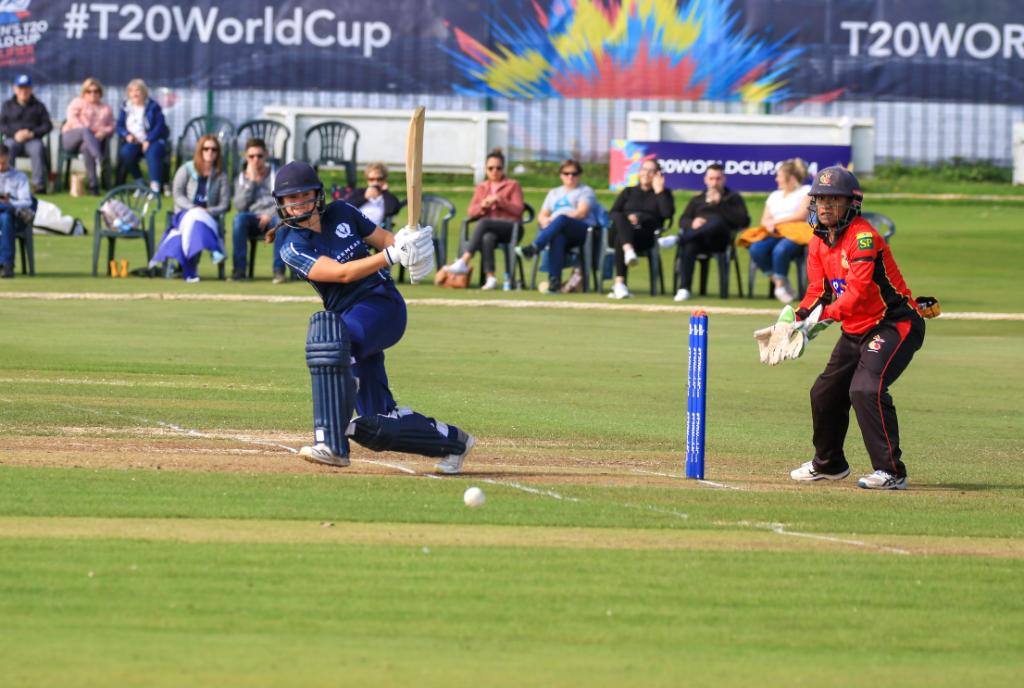 They reached their winning target of 102 after 19.3 overs at Arbroath Cricket Club.

Brenda Tau managed 30 runs off 31 balls and was named player of the match.

She dedicated her award and her team's victory to Kopi John, her former team-mate who died last Tuesday (August 27) at the age of 25.

A knock of 45 from captain Kathryn Bryce helped Scotland recover from 38-3 to a final total of 101-5, but the home nation suffered their first loss in Group A having beaten the United States yesterday.

Today's other match in Group A saw Bangladesh defeat the US by eight wickets to get their campaign off to the perfect start.

They bowled their opponents out for 46 and needed just 8.2 overs to surpass the mark.

In Group B, Thailand and Ireland both secured qualification for the semi-finals after making it two wins out two.

Thailand claimed a 38-run victory over Namibia at Forfarshire Cricket Club in Dundee.

Namibia were bowled all out for 61 after their counterparts finished on 99-6.

Chanida Sutthiruang took 4/13 for Thailand to follow her three wickets yesterday in the win against The Netherlands.

Ireland, meanwhile, overcame The Netherlands by 19 runs with Kim Garth top scoring for the winners on 39 from 35 balls.

They are due to face Thailand on Tuesday (September 3) to decide who finishes first in Group B.

Action in Scotland is scheduled to continue tomorrow with the re-arranged match between Bangladesh and Papua New Guinea.

The match was supposed to take place yesterday but was abandoned due to rain.