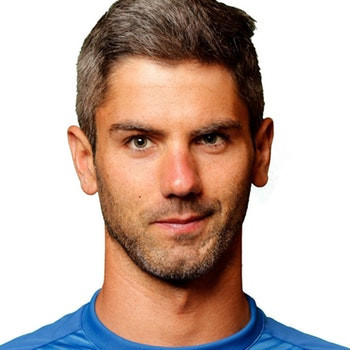 The duo had finished on the podium several times through the World Paratriathlon Series and won their respective visually impaired races.

Ellis was eighth out of the water but moved through the field on the bike and run courses to claim silver in 1:05:53.

The bronze medal was won by Aaron Scheidies from the United States in 1:06:05.

Rodriguez finished two minutes clear of her main rival as she eased to victory in the women's PTVI race.

The Spaniard has been commanding throughout the season and she tied up the campaign in style, winning in 1:14:11.

Britain's Melissa Reid was the best of the rest in 1:16:11 as Jessica Tuomela from Canada rounded out the podium in 1:17.13.

The men's wheelchair race was won by Jetze Plat in 1:02:56 as The Netherlands finished first and second.

Plat was almost six minutes faster than compatriot Geert Schipper, who came home in 1:08:30 for the silver medal.

The bronze medal was awarded to Giovanni Achenza of Italy, who finished third in 1:10:10.

Lauren Parker of Australia won the women's equivalent ahead of American Kendall Gretsch.

A time of 1:24.52 secure bronzed for Germany's Christiane Reppe.

Daniel Molina added to the Spanish triumphs with victory in the PTS3 class, claiming gold in 1:14.57.

Nico Van Der Burgt of The Netherlands finished second in 1:16.41 as the bronze medal went to Victor Chebatorev of Russia in 1:21.09.