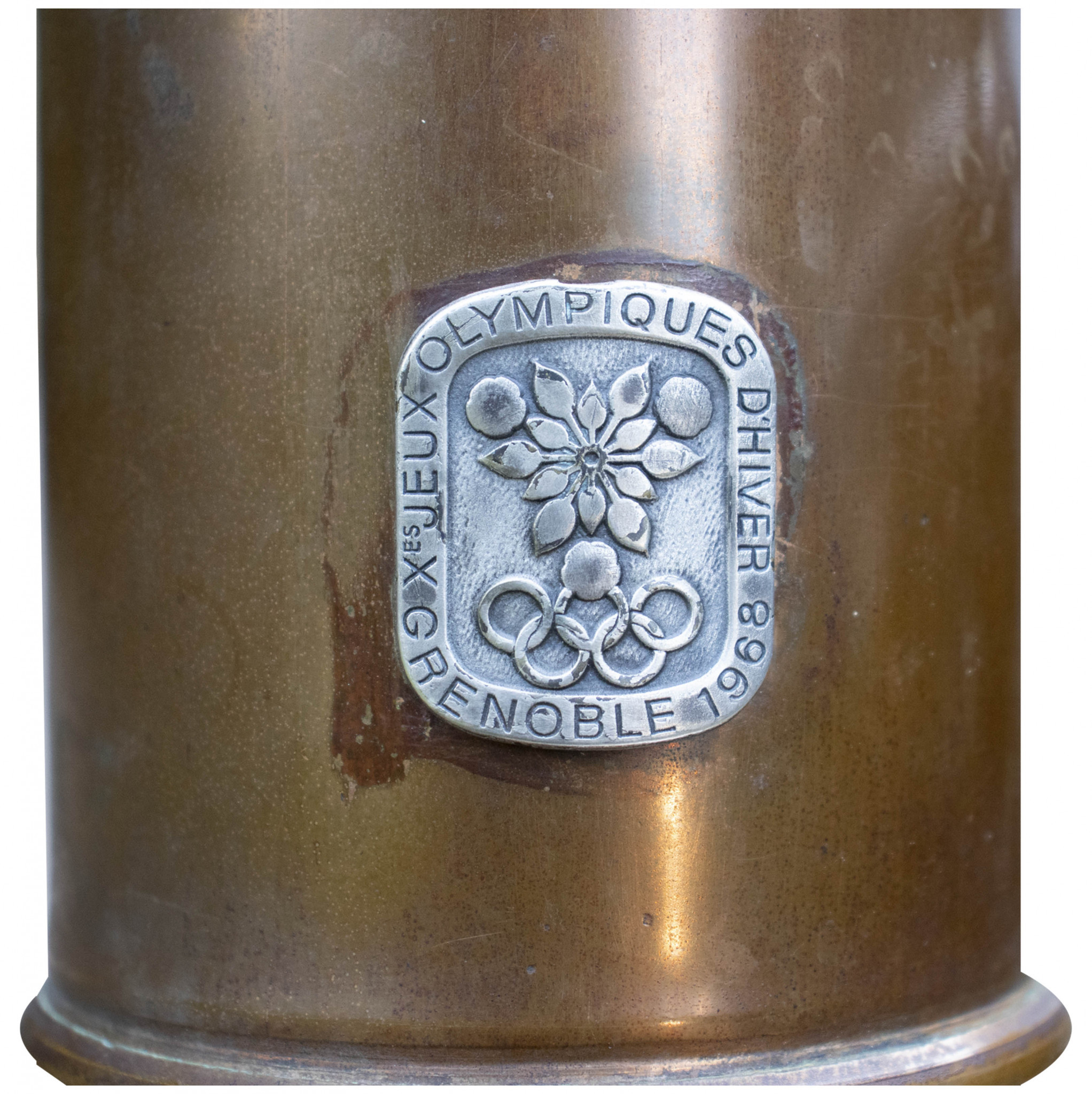 The Torch was one of only 33 produced by the Societe Technique d'Equipement et de Fournitures Industrielle and was auctioned in Los Angeles by Nate D. Sanders Auctions.

More than 5,000 Torchbearers carried the flame to Grenoble before the Opening Ceremony.

The copper plate Torch features a crenelated design at the top resembling the Olympic flame, which serves as its windshield.

The long handle segues to the top portion that holds the burner, distinguished by a silver plate featuring the official emblem of the Games designed by Roger Excoffon, France's most famous typeface designer and graphic designer.