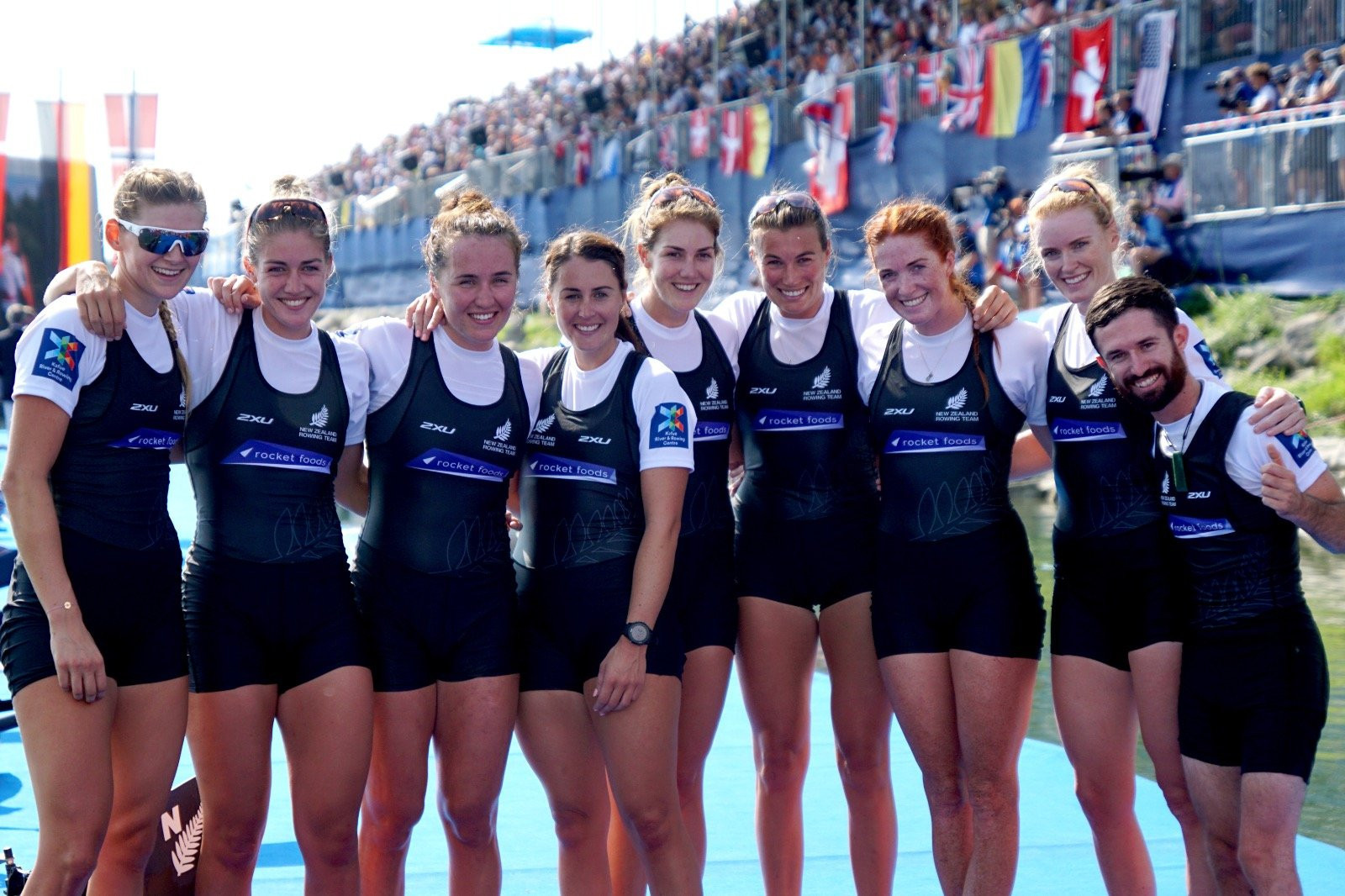 Germany and New Zealand won the men's and women's eight finals to book their tickets to next year's Olympic Games in Tokyo as the World Rowing Championships concluded in Austria.

The defending men's eight champions Germany secured their place in Tokyo with five out of the final six participants qualifying for the Olympics in Linz-Ottensheim.

Just two seconds separated the entire field through 500 metres but it was Germany who led going through the halfway mark.

The Netherlands and Australia were holding 42 strokes per minute in second and third as Olympic champions Britain struggled.

A final sprint saw the Dutch battle for victory with their German rivals but they could not quite catch them and Germany defended their title, clocking 5min 19.410sec.

The trio were joined in sealing their Olympic qualification by fourth-placed Australia and the United States, who finished in fifth place.

New Zealand won the women's eight with a final sprint victory against Australia.

As with the men's race, five of the top six would qualify for Tokyo 2020.

Australia reached the final through the repechage but stormed out of the blocks to lead at the 500 metres mark, with Canada in second.

The Australian team continued to lead through the halfway mark as the New Zealand boat made their move.

Romania trailed at the back and out of contention for Olympic qualification as the race moved into the medal battle.

Hannes Ocik after winning the gold in the M8+?

New Zealand pushed their stroke rate back up to 39 as they passed the Australians and took the gold medal in 5:56.910.

Australia claimed the silver in 5:59.630 and the US bronze in 6:01.930, with Canada and Britain joining the top three in qualifying for the Olympics.

There was more medal glory for Germany as Oliver Zeidler triumphed in the men's single sculls.

Zeidler had qualified fastest for the final but could take nothing for granted with multiple world champion Ondřej Synek of the Czech Republic in the next lane.

As the raced moved into the final 500m, the winner was impossible to call as five rowers battled for the World Championship title.

Less than a second covered the top five finishers and it was Kjetil Borch who completed the podium in 6:44.840.

A year of success for Oliver Zeidler‼️ 2019 European Rowing Champion, winner in the Diamond Challenge Sculls and now becoming the 2019 World Rowing Champion as well?

Olivia Loe and Brooke Donoghue of New Zealand maintained their unbeaten 2019 season with victory in the women's double sculls.

The Irish duo of Philip Doyle and Ronan Byrne held off Poland for bronze, finishing in 6:06.250.