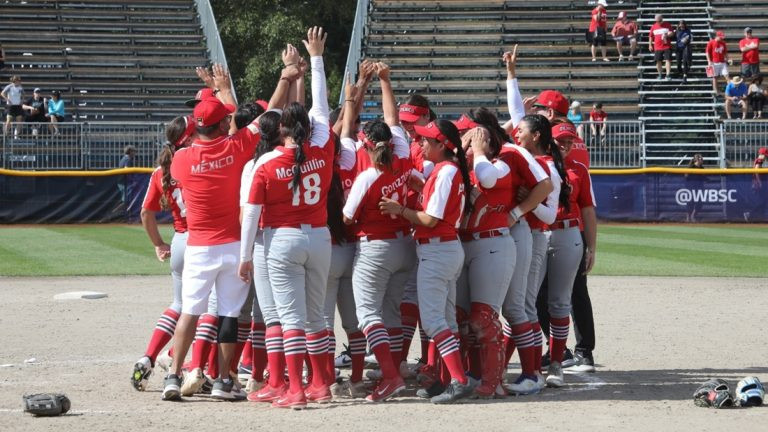 They edged to a 2-1 super round victory at Softball City in Surrey which kept their 100 per cent record for the tournament alive.

With the top two from the super round advancing to next year's Games, the Mexicans can no longer be overhauled.

Victoria Hayward batted in the first run of the game to give the Canadians the lead in the third inning, but Mexico took control in the fifth.

Canada still have the chance to claim the second spot available in Surrey and now face Brazil in a winner-takes-all clash tomorrow in the final round of fixtures.

"A lot of people thought that today we were coming just to play, thinking on clinching our ticket tomorrow against Cuba.

"But our plan was coming today to beat the host team, the favourite, Canada, and most importantly clinch the ticket to the Olympics.

"Now we'll take some rest, spend some time with the family because we have been abroad for a long time, and then it's back to work thinking of Tokyo."

Mexico now have four victories from four in the super round with Canada on three wins and one defeat after losing their own 100 per cent record.

Brazil could have moved onto the same record as the Canadians but were beaten 7-0 by Puerto Rico.

They now sit on two wins and two defeats so could still overhaul the host nation.

Puerto Rico also have a two wins, two defeats record but can not advance due to Canada and Brazil meeting in the final round of matches.

Cuba pipped Venezuela 2-1 today with both sides already out of contention.

The Cubans will end their tournament against Mexico, with Venezuela playing Puerto Rico.

All of the last super round games are tomorrow.

Women's softball, as well as men's baseball, will return to the Olympic stage in Tokyo after they were axed following Beijing 2008.