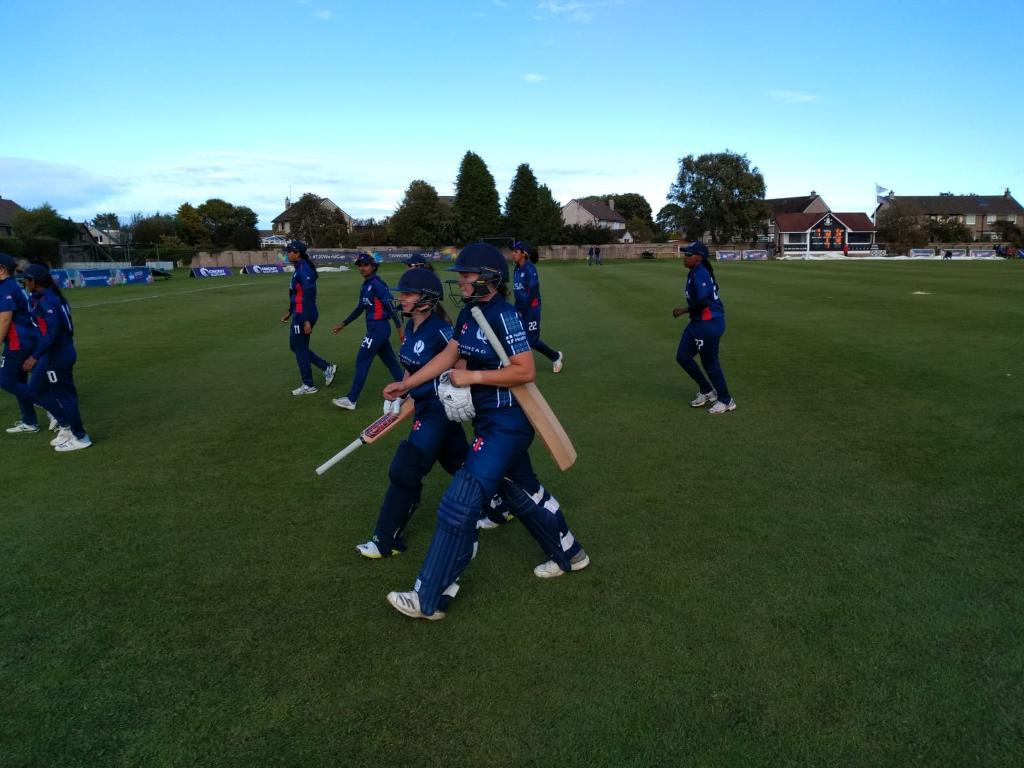 Kathryn Bryce starred with bat and ball as the home nation won by 30 runs in a Group A match reduced to seven overs per side due to rain.

Having finished with a score of 60/3 at Forfarshire Cricket Club in Dundee, Scotland restricted their American counterparts to 30/5.

Bryce manged 29 runs off 20 balls and bowling figures of 2/6 from her two overs.

Today's other scheduled game in Group A, between Bangladesh and Papua New Guinea, was abandoned due to rain and moved to Monday (September 2).

In Group B, there were wins for Thailand and Ireland at Arbroath Cricket Club.

Mary Waldron top-scored with an impressive 33 for the victors ☘️ 🙌 #T20WorldCup pic.twitter.com/5m5AQd9q4o

Thailand defeated The Netherlands by 30 runs in a match reduced to nine overs per side.

They finished on 76/0 and successfully defended it.

Ireland, meanwhile, overcame Namibia by seven wickets after restricting their opponents to 83/9 from their 20 overs.

Mary Waldron top-scored with an impressive 33 runs as Ireland reached their target after 14.3 overs.